Signaling a shift, the EU’s new de-facto foreign minister says that the main task of the bloc’s foreign affairs policymakers is “to learn to use the language of power.”

That’s mixed news for Southeast Asia and the wider region, particularly for countries that are dependent on EU trade privileges to fuel their crucial and in many cases just-emerging export industries.

On one hand, a more confident and assertive EU could help regional states hedge against having to choose great power sides as the US and China ramp up their trade and strategic conflicts.

European leaders also speak the same language as most of their Southeast Asian counterparts in terms of respecting multilateralism and an international rules-based order.

At the same time, the new commission’s promise to get tougher on human rights and environmental enforcement is likely to unsettle many Southeast Asian nations.

Brussels must make a decision by February on whether to remove Cambodia from its Everything But Arms (EBA) preferential trade scheme, which gives its products duty-free and quota-free access to European markets and thus sustains many of its export industries.

That decision stems from a political deterioration under Prime Minister Hun Sen that has eliminated the political opposition and replaced democratic politics with a one-party state.

Brussels must also decide if it will take a more robust stance against the Rohingya refugee crisis in Myanmar, which UN investigators have said could constitute “genocide”, and what position to take across Asia as tensions between the US and China escalate towards what some view as an emerging new Cold War.

Ursula von der Leyen, the new president of the European Commission (EC), the EU’s executive arm, has said that she wants to “build a truly geopolitical (EC), a more outward-looking EU, a Europe that defends our common interests in the world.”

On December 1, she said the EU must be “more strategic, more assertive and more united in its approach to external relations.”
Josep Borrell, a former Spanish foreign minister, will take over as her deputy and high representative for foreign affairs and security policy, an enhanced rile after his predecessor expanded the EU’s role in global affairs.

But the newly installed commission wants to go further. Even before his nomination, Borrell bemoaned the EU’s inability to influence global affairs.

Federica Mogherini, his predecessor, oversaw the EU’s publication in 2016 of a Global Strategy for Foreign and Security Policy, which among other things laid out how concerns over shared values such as human rights and democracy should inform EU foreign policy.

In March this year, her department published a “strategic outlook” on EU relations with China that departed from Brussels’ typically soft-stance and instead described China as “an economic competitor in pursuit of technological leadership and a systemic rival promoting alternative models of governance.”

If Mogherini ensured that the EU could think globally and consider itself an important world actor, Borrell’s task will be to refine and shape the role, particularly in Asia.

Speaking at the European Parliament in October, Borrell said the EU needs to apply itself as a “financial superpower” and learn how its economic and military capacity can act in global affairs.

For many, the EU’s global and Asian aspirations will always be limited to it playing the role of a “market power,” one with significant economic influence but little security or military prowess.

But that’s changing. In August, the EU signed a security pact with Vietnam, the first such agreement with a Southeast Asian state. The same month, Mogherini said that “the EU as a whole…has decided to enhance its engagement on security issues in and with Asia, and we are intent on delivering on that objective.”

That means the EU will need to update and possibly overhaul its policy on the South China Sea, though it will clearly resist wading overtly into the ongoing US-China struggle for dominance of the contested waterway.

Although Brussels has labelled China as “a systemic rival,” most of its member states are supportive of China’s global investment schemes, with many benefiting directly from its US$1 trillion Belt and Road Initiative.

Indeed, few will want to take the same confrontational stance as Donald Trump’s administration has staked out on containing Beijing’s ambitions.

“We often say partnerships and multilateralism is in our collective DNA. Yes,” Borrell recently said. “But you cannot be multilateralist alone, so we need partners. But many of our partners are disengaging from the rules-based system and others are applying rules in a selective and self-serving way.”

Such statements are music to the ears of Southeast Asia’s leaders, many of whom are concerned that the US and China’s superpower rivalry is growing increasingly protectionist and undermining international institutions.

The EU may, then, find keen Southeast Asian allies in protecting the existing multilateral and free trade order. The EU is the region’s second-largest trade partner, after China, with bilateral trade in goods worth more than US$262 billion last year. Moreover, the EU is a net importer from the region, serving as one of the largest export markets for most Southeast Asian states.

Phil Hogan, the EU’s new commissioner for trade, has experience in Southeast Asia. He was at the Agriculture Commission when the EU imposed earlier this year tariffs on Cambodian and Myanmar rice imports to protect European farmers.

In his new role as the EU’s chief trade enforcement officer, Hogan will be tasked with ensuring trade partners uphold strict labor and environmental standards, which is likely bad news for Indonesia and Malaysia, the world’s largest palm oil producers.

The EU has already commenced measures to phase out palm oil imports on environmental grounds, which both Southeast Asian states have threatened to retaliate with their own tariffs on European goods and a possible legal case at the World Trade Organization (WTO).

While Hogan is known to be a tough and competent negotiator, he will also likely look to push forward a number of pending free trade deals that have stalled with different Southeast Asian states.

The European Parliament must still decide on whether to ratify the EU-Vietnam Free Trade Agreement (EVFTA) at a time parliamentarians are under pressure from lobby groups to vote it down over human rights concerns.

The EU already agreed to a trade deal with Singapore earlier this year, and talks have started with Indonesia, Malaysia, Thailand and the Philippines, though some have stalled and others are likely years away from any agreement.

Talks with Thailand were postponed in 2014 after a democracy-suspending military coup, but it is likely that Bangkok wants to restart negotiations as it risks being the most adversely affected regional country of the EVFTA.

Southeast Asian leaders may find a lot to like in the new von der Leyen-led commission, but a more assertive EU also raises certain risks.

Cambodia is learning that the EU isn’t as easily sold on cosmetic fixes as the US, which has toned down its criticism of Phnom Penh due to apparent wider strategic concerns, as China consolidates its position, including through exclusive access to a naval base, in the country.

Because Brussels isn’t as concerned about Chinese expansionism in Asia as Washington, it is more inclined to call out human rights issues, even if that means driving certain regional governments deeper into the arms of Beijing.

And unlike the US, the EU is more concerned about environmental standards and labor rights of its trade partners, a focus that analysts believe will become more intense under the new commission.

While Southeast Asian and other regional states may aim to grow closer to the EU to hedge their US and China exposures, they will likely find the bloc’s new leadership demands more in return than their predecessors. 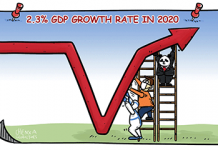 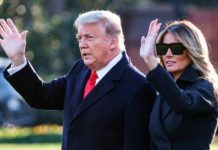 Trumps’ snub of Bidens historic in its magnitude