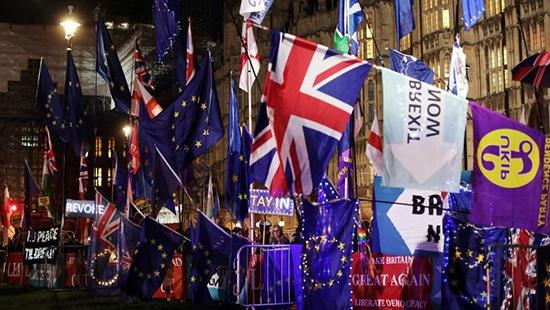 Voters head to the polls across Britain on Thursday for the third general election in four-and-a-half years. Here are some of the key numbers:

Voters head to the polls across Britain on Thursday for the third general election in four-and-a-half years. Here are some of the key numbers:

The number of seats in the House of Commons being contested.

That comprises 533 constituencies in England, 59 in Scotland, 40 in Wales and 18 in Northern Ireland.

The ruling Conservatives are fielding candidates in 635 of them, with the main opposition Labour Party close behind on 631 and the anti-Brexit Liberal Democrats challenging in 611.

The number of seats in the last election in June 2017 that changed hands between political parties — just 11 per cent of the total.

This figure has been declining over recent elections, according to the Electoral Reform Society.

The total number of candidates standing in the election, according to the Association of Electoral Administrators (AEA).

Only around a third — 1,124 — are women, according to a BBC analysis, while 227 are reportedly independents not attached to any political party.

The largest number of candidates in a single constituency: Uxbridge and South Ruislip. Prime Minister Boris Johnson, of the Conservative party, is defending the seat.

It is the only contest where more than 10 people are standing. Six of them are independents, including two who are self-styled intergalactic space lords.

Johnson’s majority, which is the smallest for a sitting prime minister since 1924. If he is defeated, he would be the first incumbent premier to lose at a general election.

The smallest majority being defended. It belongs to Stephen Gethins, of the Scottish National Party (SNP), in Fife North East.

The number of polling venues around Britain where people can cast their votes, according to the AEA.

There is no centrally collated figure but in the 2015 election there were just over 40,100 polling stations, it said.

The theoretical “magic number” of seats needed to form a working majority in parliament — though in reality it is slightly lower.

At least four MPs serve in speaker roles, so they never vote, while any lawmakers elected from republican Sinn Fein in Northern Ireland do not take up their seats.

The number of seats won by the Conservatives in 2017 — making them the single largest party. They went on to govern with the help of Northern Ireland’s 10 Democratic Unionist Party MPs.

This time round arch eurosceptic Nigel Farage has opted not to stand candidates from his Brexit Party in any Tory-held seats, to increase the number of potential MPs vowing to deliver Brexit.

The number of seats in a so-called “Unite to Remain” cross-party alliance aimed at increasing the haul of seats for parties in favour of a second Brexit referendum.

The pact between the Lib Dems, the Green Party and Welsh nationalists Plaid Cymru has seen each step down in certain constituencies to maximise the chances of the remaining party’s candidate winning.

Labour and the SNP, which also back holding another poll on EU membership, opted not to join in the arrangement.

The number of teenagers standing for election, according to reports. The minimum age for candidates is 18.

The deposit, in pounds, paid by each candidate to stand.

It is refunded if the candidate gains five percent or more of the valid votes cast.

The baseline spending limit, in pounds, for each candidate during the “regulated” five-week election campaign period.

They can also spend an additional small and variable amount based on the number of registered electors in the constituency that they are contesting.