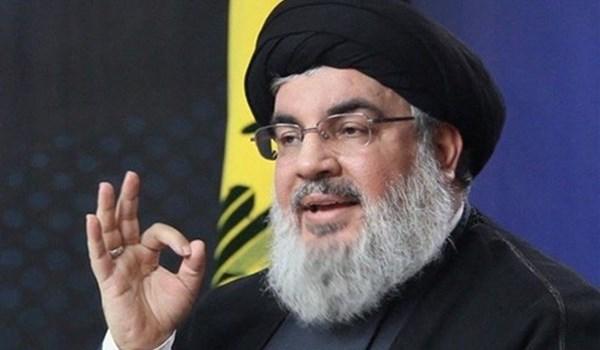 His comments signaled that an independent government, a core demand of the popular uprising, remains far fetched.

BEIRUT: Hezbollah leader Hassan Nasrallah maintained Friday his group’s preference for a government that includes the majority of political parties.

“It is unacceptable to form a government that includes any component,” Nasrallah said during a televised speech.

His comments signaled that an independent government, a core demand of the popular uprising, remains far fetched.

He outlined his group’s refusal, along with the Amal Movement, of forming a “one color” government as responsibility for Lebanon’a current state of shares “should be shared by all.”

He said the Cabinet formation would prove no easy task as the different stake holders have to yet to agree on a potential candidate to head the government.

Nasrallah also called on his ally, the Free Patriotic Movement, to take part in any government after its leader Gebran Bassil announced Thursday his party’s non participation.