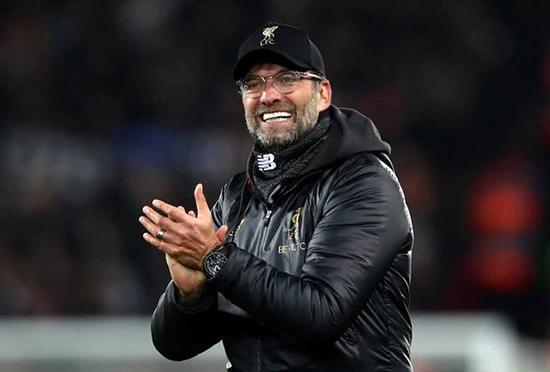 Jürgen Klopp has agreed a new contract that will keep him at Liverpool until 2024 and make him the club’s longest-serving manager since Bob Paisley.

Liverpool’s owner, Fenway Sports Group, has been trying to extend Klopp’s deal since the end of last season when his transformation of the club yielded its sixth Champions League/European Cup triumph. The 52-year-old has spent seven years at each of his previous clubs – Mainz and Borussia Dortmund – and was set for a similar stay at Anfield with his £7m-a-year contract due to expire in 2022.

He has now agreed to the longest spell of his managerial career with Liverpool and will remain assisted by Peter Krawietz and Pepijn Lijnders, who have also agreed deals until 2024.

Klopp said: “For me personally this is a statement of intent, one which is built on my knowledge of what we as a partnership have achieved so far and what is still there for us to achieve. When I see the development of the club and the collaborative work that continues to take place, I feel my contribution can only grow.

“People see what happens on the pitch as a measure of our progress and although it is the best measure, it’s not the only measure. I have seen the commitment from ownership through to every aspect and function of the club you can think of.

“When the call came in autumn 2015, I felt we were perfect for each other; if anything, now I feel I underestimated that. It is only with a total belief that the collaboration remains totally complementary on both sides that I am able to make this commitment to 2024. If I didn’t I would not be re-signing.

“This club is in such a good place, I couldn’t contemplate leaving. I must also highlight the role of our sporting director, Michael Edwards, in this journey so far. His input and collaboration has been just as important as anyone else’s in getting us into a position to compete for the game’s top titles.”

Klopp said his extended deal would help when it came to signings. “With new players when you want to bring them in they ask: ‘How long is the manager going to be here?’” he said. “We all wanted to avoid that so it’s done and I am really happy about that.”

Liverpool boast a commanding eight-point lead in the Premier League as they pursue a first league championship in 30 years and will aim next week to land the club’s first Club World Cup. The European champions have also made substantial progress off the pitch too with plans unveiled recently to construct a new Anfield Road stand that, following the Main Stand redevelopment, would increase the stadium’s capacity to more than 61,000. A new £50m training complex in Kirkby is due for completion next summer.

It read: “We feel this represents one of the big moments of our stewardship of Liverpool football club so far as we believe there is no better manager than Jürgen. The decision also keeps with the club’s overall strategy of building from a position of strength.”

They added: “Back in 2015 we used the phrase ‘ideal fit’ when we appointed Jürgen. This continues to apply today and, if anything, the circumstances make it more pertinent. We consider him to be the best there is. If Liverpool football club were looking to appoint the most outstanding, elite manager for our current status today, Jürgen would be the first choice – no question.”

Liverpool have also announced a new contract for James Milner, who has committed his future to the club until 2022. The 33-year-old’s previous deal was due to expire next summer but, with Klopp anxious to retain the influential midfielder, he has signed a new two-and-a-half-year contract.