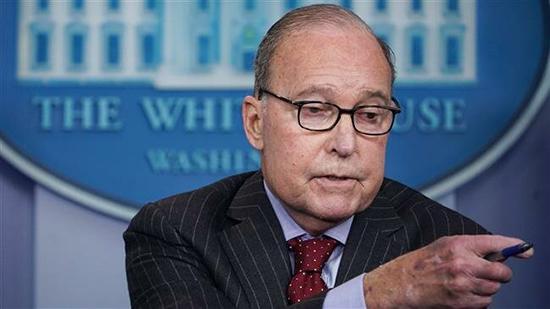 WASHINGTON (Reuters) – The so-called Phase One trade deal between Washington and Beijing has been “absolutely completed,” a top White House adviser said on Monday, adding that U.S. exports to China will double under the agreement.

Under the trade agreement announced last week, Washington will reduce some tariffs on Chinese imports in exchange for Chinese purchases of agricultural, manufactured and energy products increasing by about $200 billion over the next two years.

While U.S. officials have touted the deal, Chinese officials have been more cautious, emphasizing that the trade dispute has not been completely settled.

“Make no mistake about it: the deal is done, the deal is completed,” Kudlow later told reporters at the White House. “The deal is absolutely completed.”

Asked if officials still planned to sign the deal the first week of January, Kudlow said: “That’s the hope.” Translations were still being worked out but he did not expect any changes to the final Phase One agreement, he added.

On Sunday, U.S. Trade Representative Robert Lighthizer said a date for senior U.S. and Chinese officials’ signing of the accord has not yet been determined.

Kudlow told reporters at the White House on Monday that the second phase of talks would start “pretty soon” but offered no specific date.

“Phase Two and its outcome will depend in some way on the success of Phase One. The two are going to be linked,” he said.

Reporting by Makini Brice and Susan Heavey in Washington; Writing by Tim Ahmann; Editing by Chizu Nomiyama and Matthew Lewis