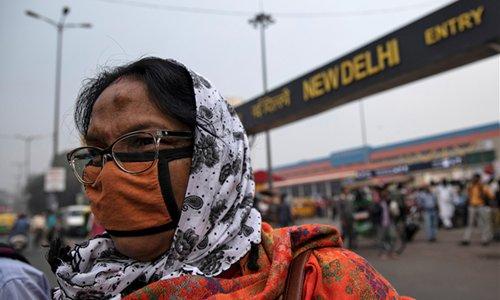 SRINAGAR, India (Reuters) – A lockdown in Indian-administered Kashmir has cost its economy more than $2.4 billion since the government stripped it of its special status, officials of the Himalayan region’s main trade organization said on Wednesday.

“In the last 120 days we have witnessed how each and every sector has bled … we fear this crisis will further intensify in 2020,” Sheikh Ashiq Ahmed, president of the Kashmir Chamber of Commerce and Industry (KCCI), told Reuters.

The government in August revoked the constitutional autonomy of Jammu and Kashmir, India’s only Muslim-majority state, splitting it into two federal territories in a bid to integrate it fully with India and to rein in militancy.

Kashmir is claimed in full by both India and Pakistan, which have gone to war twice over it, and both rule parts of it. India’s portion has been plagued by separatist violence since the late 1980s.

The surprise change in status was accompanied by a security crackdown that included the severing of telecommunications links and curbs on travel and the deployment of thousands of troops.

Most of the curbs have since been eased but access to the internet is still partly blocked.

Sectors directly dependent on the internet such as information technology and e-commerce had been “ruined” since the lockdown began in early August, the group said in a report.

“The Indian government justified its decision on the pretext of developing Kashmir. The loss borne by locals are a direct result of government’s decision … the federal government must compensate us,” Ahmed said.

In conducting its survey, it had to send staff out to meet traders and entrepreneurs in person as telephone links were not operating.

Tourism, for decades a mainstay of the scenic region’s economy, has been badly hit.

Yaseen Tuman, whose family has owned hand-carved houseboats for more than a century on a lake in the region’s main city of Srinagar, said more than 2,500 tourists came to stay last year.

“But only eight tourists have come to stay in my houseboat in the past 120 days. It’s shocking how our businesses have collapsed,” Tuman said.