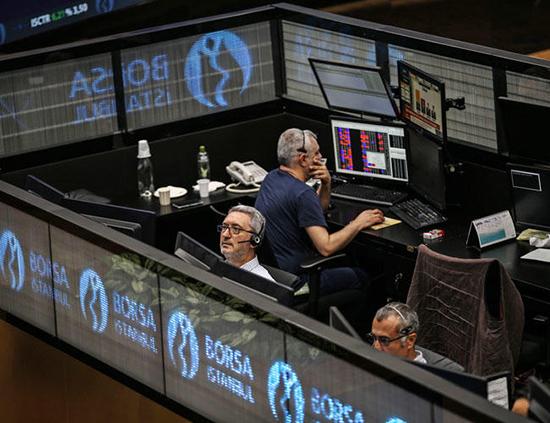 INDIANAPOLIS/NEW YORK (Reuters) – The U.S. economy is in good shape after three interest-rate cuts this year, two U.S. central bankers said on Wednesday, underscoring the consensus at the Federal Reserve for keeping borrowing costs where they are for the time being.
“I think the economy is doing remarkably well,” Chicago Federal Reserve Bank President Charles Evans told the Economic Club of Indiana. And though he is “personally worried” that inflation continues to run below the Fed’s 2% target, he now sees enough accommodation in place to boost it to 2.2% by 2022.
A few hours earlier he had toured the Indianapolis Motor Speedway, home to the oldest car race in the world, where he had taken a spin around the now-snowy track in a Chevrolet Tahoe at a top speed of 35 miles an hour. The record for an Indy 500 lap is just over 237 miles an hour.
“You don’t hit the finish line at the Indy 500 by decelerating – you accelerate right through to make sure you get there,” Evans said at the event. Later he told reporters, “I do think it’s extremely important that we get inflation up to 2; I actually think it’s important that we overshoot at this point in the economic cycle.”
That view – to abide by a symmetric approach to the 2% target and allow inflation to run hot on occasion without tapping the brakes – appears to be popular among policymakers as they enter the final stage of a year-plus-long review of how they conduct policy.
ALL ON BOARD
Fed officials voted unanimously to leave interest rates unchanged at last week’s policy meeting, in a target range between 1.5% and 1.75%, and have signaled it would require a material change to the outlook to either raise or lower borrowing costs.
“We are looking for the economy to continue to grow, labor markets to continue to be strong,” Evans said, adding that he is comfortable with leaving rates where they are through next year, and then with one rate hike in each of 2021 and 2022.
That’s the median projection of Evans and his fellow policymakers, though some believe a steeper rate-hike path will likely be appropriate, and others believe rates should stay lower for longer.
“It would take a lot of new data for me to change my opinion about that,” Evans said. “Inflation would have to go above 2% by some meaningful amount for me to really think that we need something more restrictive.”
New York Fed President John Williams on Wednesday also expressed an optimistic outlook for 2020.
“I feel very good about how the economy’s been this year, how it’s progressed and feel very good about how it’s going to look next year,” Williams said in an interview with CNBC.
The policymaker said he expects the U.S. economy will grow by about 2% next year, the unemployment rate will stay close to its current 3.5% level and inflation will approach the Federal Reserve’s 2% target.
Speaking later in the day in a separate CNBC interview, Richmond Fed President Thomas Barkin said he believes Fed policy is still accommodative.
“I think the major reason the consumer is strong is they have jobs and not only do they have jobs but real wages are up,” he said. “I think our rate moves this year have helped some, but they’ve helped in the context of what’s been a very strong consumer all year long.”
With reporting by Lindsay Dunsmuir in Washington; Editing by Chizu Nomiyama and Andrea Ricci
Our Standards:The Thomson Reuters Trust Principles.
Reuters