Mourners in Berlin gathered throughout the day on Thursday at a memorial to the victims of the Breitschiedplatz Christmas Market attack that took place in City West three years ago.

People lit candles, laid down wreaths, and stood in silence at the memorial near the market to remember the night in 2016 when an Islamist terrorist hijacked a 40-ton truck and crashed it into the Christmas market at Breitschiedplatz.

In the incident, 12 people died and around 100 were injured.

Among those present for the memorial were some of the injured as well as police officers, firefighters, and Christmas market employees who were present the day of the attack.

A memorial service for victims and injured took placed in the nearby Kaiser Wilhelm Memorial Church. Evangelical Bishop Christian Stäblein called the anniversary of the attack “a moment of the deepest darkness” before adding that memories of those lost triumph over “darkness, death, murder, and terror.” He called for a society that stands up to hate.

The Christmas market then closed temporarily and the lights at Breitscheidplatz were turned off.

At 8:02 p.m. CET, the time the attack took place, a bell rang 12 times in memory of the 12 victims, who came from Germany, Poland, Czechia, Ukraine, Israel, and Italy.

A “golden crack” runs through the stairs outside the church in memory of the victims of the attack. 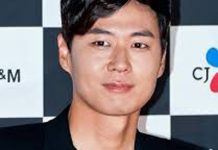 Google Announces Launch of Vaccination Sites Across the US