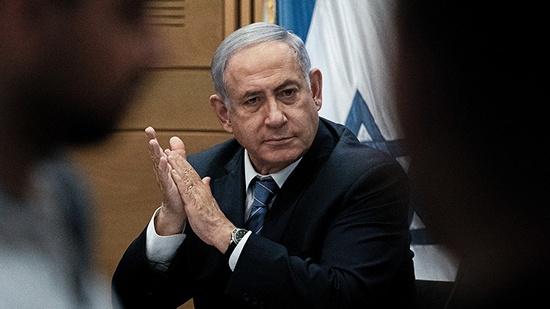 Opinion: The deal suggested by Avigdor Liberman for the prime minister to resign in return for forgiveness of his alleged crimes would signal an end to political turmoil in the country, but would set a perilous precedent, effectively marking the premier as someone who is above the law

A pardon for Prime Minister Benjamin Netanyahu on the condition he resigns from his position is the brainchild of Yisrael Beytenu leader Avigdor Liberman,. And it is an idea that has been getting a lot of attention from various politicians across the spectrum.

There is a lot of sense to this. Netanyahu retiring means Israel would be able to pull itself out of the political hole that he himself dug.

His retirement would mean an end to the sorry state in which we find ourselves – with the country led by a man facing fraud, bribery and breach of trust charges, who has spent the past month inciting against the rule of law.

Additionally, it will spare us the miserable sight of another prime minister going to jail, and the potentially violent outcome that would follow if he’s actually found guilty.

Not to mention it would prevent Netanyahu’s trial, an extravaganza that would be sure to only widen the rift in Israeli society and likely eclipse all other national matters.

Considering all of the above, it’s important to remember that the idea to pardon Netanyahu also sets a dangerous precedent.

Liberman’s idea effectively puts Netanyahu above the law and would do unquestionable damage to the basic principle of equality before the law.

Offering a personal example should be a central feature of leadership and elected officials should feel the full might of the judicial system, and even more so when prime minister.

In Netanyahu’s case, a deal such as the one Liberman is suggesting is extremely dangerous due to the myriad conspiracy theories about toppling the government in general and the prime minister specifically.

As absurd as these claims are, there is a large group of people who actually believes them to be true.

Pardoning Netanyahu in exchange for his resignation would only act as “proof” that the claims of a coup were correct when all of the accusations against him simply vanish after he steps down.

There’s no doubt that a deal such as this would only hurt the public perception of the rule of law, the country, and its most sacred foundations.

Netanyahu is facing serious charges and the truth must out in court, with the prime minister allowed to defend himself on one hand and a rigorous, uncompromising inquiry on the other.

If President Reuven Rivlin chooses to pardon Netanyahu after he’s found guilty in a fair and lawful trial, so be it.

I am sure a great many people would be pleased, but a pardon should only be granted after the legal process against the accused is completed to the end.