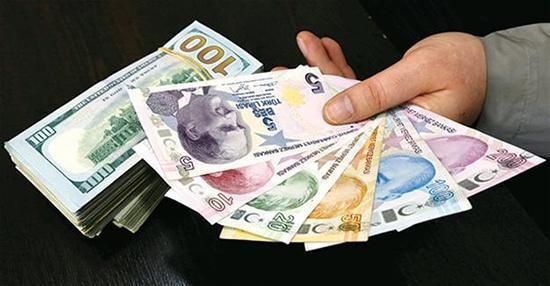 The Turkish lira has experienced a sell-off in recent days and further bouts of weakness would threaten President Recep Tayyip Erdoğan’s goal of growing the economy by 5 percent next year, said Jameel Ahmad, head of global currency strategy at online trading platform FXTM.

Inflation needs to remain on a lower trend in order to achieve the growth target, but the lira’s declines are putting that outcome at risk, Ahmad said in an article published by AME Info on Sunday.

Turkey’s lira lost more than 2 percent of its value against the dollar last week after the U.S. Congress approved a bill barring Turkey from a programme to build and purchase F-35 stealth fighter jets. The currency has also declined as the central bank halved its benchmark interest rate over the past four months to 12 percent, rendering lira-denominated bonds less attractive to buyers.

Political and military tensions between Turkey and Cyprus have also increased after Turkey deployed military drones to the ethnically divided island, Ahmad said.