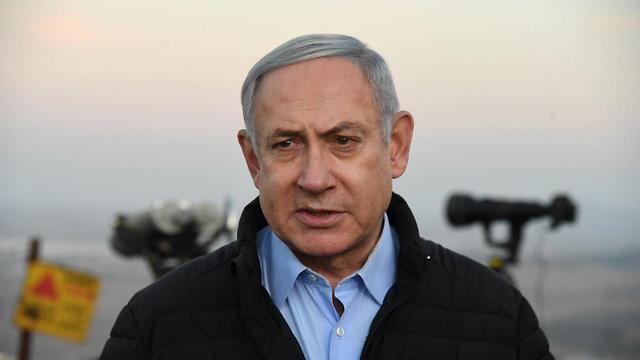 Analysis: The High Court has received a petition seeking to ban an indicted prime minister from forming a government, but with a third national election looming, will the justices and the attorney general be willing to issue a ruling that could be seen as political intervention?

The High Court said Sunday that it has accepted a petition from 67 signatories to debate whether a Knesset member who is indicted for an offense of moral turpitude can form a coalition government following the March 2, 2020 general election.

Along with the High Court ruling, Attorney General Avichai Mandelblit was instructed by the court to pen a professional opinion on the matter by Tuesday.

The discussion on this matter, which stems from Prime Minister Benjamin Netanyahu’s recent indictment for bribery, fraud and breach of trust, will be one of the most controversial debates within the country’s judicial apparatus.

What is the issue?

The main question of the 67 petitioners is whether a Knesset member who is indicted for crimes of moral turpitude is legally able to form a coalition government.

If Netanyahu is convicted, the court will have to decide whether the conviction bears the stain of moral turpitude.

On what basis was the petition filed?

In a 1993 verdict, the Supreme Court ordered Prime Minister Yitzhak Rabin to fire his interior minister Aryeh Deri and his deputy minister of religious affairs Rafael Pinhasi, due to both being indicted for charges that bore moral turpitude. (Deri is currently interior minister again.)

This verdict resulted in an amendment to Basic Law: The Government, stating that any minister indicted for criminal charges which involve moral turpitude must resign his post.

The plaintiffs are certain that this ruling – which has been honored ever since – should also be seen as pertaining to the premiership, demanding further debate and a decision by the courts.

Why did the petitioners turn to the courts?

The petitioners claim that it is “the right of the electorate and elected officials in Israel to know precisely what are the ‘rules of the game’ in the election campaign and what is allowed and prohibited within this framework. Only in this way will the public be able to make a choice in an informed manner as required.”

What do the petition opponents say?

Supporters of Benjamin Netanyahu, among them several well-known jurists, say that the legal position of the premiership is different in essence, given that it is indicated as an exemption within Basic Law: The Government. Attorney General Mandelblit is expected to hold this position too.

This is for two reasons: Firstly, if a prime minister resigns, the government they oversee falls.

Secondly, unlike a minister or deputy minister, Basic Law: The Government states that a prime minister can remain in power until a final verdict is delivered in his or her trial, including the final verdict in an appeal process.

Some experts will argue that the right to vote and be elected is a supreme constitutional right in Israeli law, with special cause required to bar a person from being elected to parliament.

Others, however, believe that the matter should not be discussed in a court of law and instead given to the public to decide.

Are the courts and the attorney general even willing to rule on the matter?

It is unlikely that either the court or the attorney general wants to become involved in this matter.

Both know that Netanyahu’s camp and the right would present their decision to the public as judicial meddling in the political process.

Furthermore, Likud MK Miki Zohar, a close confidant of Netanyahu, has already made several threats on the matter, warning that if the court does intervene, the prime minister would quickly initiate special legislation overruling the decision and limiting the court’s independence.

Energy Minister Yuval Steinitz, another Likud ally of Netanyahu, said a decision by the court on this issue would be “an earthquake.”

How will the court decide?

Given the controversial nature of the issue, an appeal against a potential court ruling would be discussed by an extended bench of nine justices, also headed by Chief Justice Hayut and picked by seniority.

When will the court decide?

The timing of a verdict on the petition is crucial. It is already clear that the court will not decide before the Likud leadership primary is held this week.

The central question is whether the court will issue its final decision close to the March 2 Election Day out of a belief that Israel’s citizenry should know whether to vote for Netanyahu.

Given that the court will not want to sway the election outcome, it is unlikely to publish its decision so close to the date of the national ballot, saying instead – for now – is purely theoretical.

So far, the attorney general has not issued an opinion on the matter – also on the grounds it is theoretical. Last Friday, Mandelblit even went so far as to say that if the court is not willing to debate the matter then his professional opinion is redundant.

Both he and the justices would rather the matter be decided in the court of public opinion and not have the judiciary intervene in what is essentially the political process.

Nonetheless, insiders believe that the attorney general will rule that despite “severe judicial difficulties” – meaning that his decision would be difficult to defend in court – he would not find legal reason to bar Netanyahu from forming a government.