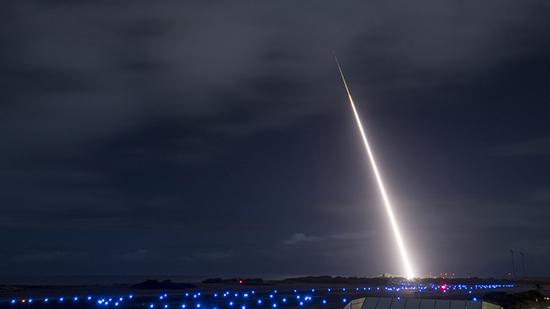 Israel’s PM Benjamin Netanyahu was hustled off the stage during a leadership rally under rocket fire from the Gaza Strip. It comes just a day before a tense leadership battle for control of the Likud party begins.

The rocket was intercepted by Israel’s Iron Dome air defense system, said the Israel Defense Forces. A video shows the prime minister being ushered from the stage together with his wife, Sara, and aides after warning sirens interrupted his rally.

Israeli newspaper Haaretz reported the group was taken to a shelter after being evacuated, with the prime minister returning later to finish off his speech.

The vote to decide the Likud party leader in the next election will begin on Thursday and Netanyahu is facing a tense campaign for the leadership. Netanyahu is looking to shore up his majority to lead the party after two elections in 2019 saw the party struggle to secure a coalition government deal.

Following the rocket attack, the Israel Defense Force tweeted that it had “struck a number of Hamas terror targets in Gaza.”It did not say what targets had been struck.

Too soft on Gaza?

In his speech on Wednesday, he took a hardline stance on the Gaza issue, making reference to the assassination of Baha Abu al-Ata from militant group Islamic Jihad, saying “he who fired last time isn’t with us anymore,” before adding “and he who fired now, better start packing his belongings,” reported Haaretz.

Despite this, Netanyahu’s opponents say he is too soft on tackling threats from Gaza.

No Palestinian group claimed responsibility for Wednesday’s attack, but rockets are routinely launched from the Gaza Strip with the Iron Dome short-range air defense system intercepting almost every one of them. Palestinians have long viewed Israelis as occupying their land, with the Israeli government tightly controlling medicine, food, electricity and other supplies entering the area.