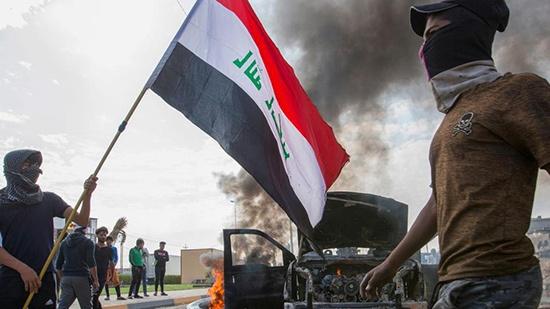 The rockets set off munitions at a storage facility when they landed resulting in confusing reports after the incident.

A US defense contractor was killed after rockets struck a base northwest of Kirkuk city in Iraq where anti-ISIS Coalition personnel are located. According to reports several US troops were wounded.

The US Coalition said that “one U.S. civilian contractor was killed and several U.S. service members and Iraqi personnel were wounded in a rocket attack on an Iraqi military base in Kirkuk hosting Coalition troops, on Dec. 27 at 7:20 p.m. (Iraq time). Iraqi Security Forces are leading the response and investigation.”

Rockets, first thought to be a salvo of more than ten, struck the key base around eight in the evening on Friday. More than a dozen similar rocket attacks have targeted bases in Iraq where US forces are located since May. Most have been blamed on Iranian-backed militias, although ISIS could also be a culprit. Around midnight reports indicated a contractor was killed and Iraqi Federal Police member had been wounded. Lucas Tomlinson of Fox News reported that “several” US forces were wounded.
The rockets set off munitions at a storage facility when they landed resulting in confusing reports after the incident. Iraqi Federal Police located the suspected origin of the attack and found a truck with four rockets that had not yet been fired. In the past rocket launchers have been found that were used in attacks. Iraq has not yet concluded who was behind this or former attacks. Rockets and mortars have been fired at Balad air base, Asad base and Camp Taji, as well as near Q-West airbase.
US Secretary of State Mike Pompeo has said the US will hold Iran responsible if its proxies target US forces in Iraq. The State Department has also pointed fingers at Iran for recent attacks.
In mid-December US CENTCOM said that “We take the recent rocket attacks in Iraq seriously as do our Iraqi Security Forces partners, who are investigating these events.  We have made clear that attacks on U.S. and Coalition personnel and facilities will not be tolerated and we retain the right to defend ourselves. U.S. forces operate in Iraq at the invitation of the government of Iraq to support Iraqi forces against ISIS. We are committed to supporting a secure and sovereign Iraq and the people of Iraq.”