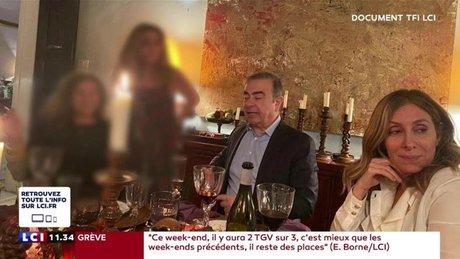 Former Renault and Nissan boss Carlos Ghosn issued a statement Thursday, his second this week, seeking to distance his Lebanese wife and family from any role in his spectacular escape from Japan to Lebanon.

A first post-escape picture of Ghosn has meanwhile emerged, showing him next to his wife and two unidentified female relatives. According to French TV TF1, the photo was taken during a New Year’s Eve dinner in Lebanon.

Ghosn, who had been under house arrest in Tokyo since April, is believed to be holed up in his central Beirut residence, where visitors file in and out under the scrutiny of TV cameras.

Turkey has detained seven people for questioning, including four pilots, over how Ghosn managed to transit through Istanbul as he fled Japan on his way to Lebanon, Turkish news agency DHA reported Thursday.

The Turkish interior ministry has opened an investigation into Ghosn’s apparent transfer between private jets at Istanbul’s Ataturk Airport on Monday.

It is focused on two flights, the first a Bombardier labeled TC-TSR flew from Osaka in Japan, landed in Istanbul at 05:15am and parked in a hangar.

The second was a private jet to Beirut, a Bombardier Challenger 300 TC-RZA, which left 45 minutes later, according to DHA.

The seven detained by police also include two ground personnel and the operations director of a private cargo company, DHA said.

According to the Hurriyet newspaper, the Beirut-bound private jet was formerly owned by Turkish-Iranian businessman Reza Zarrab, convicted in the United States for his alleged role in a scheme to evade sanctions on Iran by trading gold for gas.

Ghosn, the former Nissan boss, made a dramatic escape from Japan despite stringent bail conditions, claiming his upcoming trial for financial misconduct was rigged.