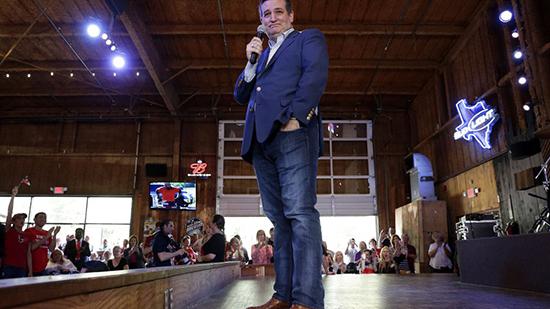 US Senator for Texas Ted Cruz: Killing Soleimani was long-overdue justice for Israeli allies who have suffered from terrorism at the hands of Hezbollah terrorists commanded by IRGC Quds Force.

Just as the Pentagon confirmed that the US had killed IRGC Quds Force commander Qasem Soleimani, US President Donald Trump tweeted what could only be seen as a reaction: a US flag without a caption.

“The end of Qasem Soleimani is welcome and long-overdue justice for the thousands of Americans killed or wounded by his Iranian-controlled forces across the Middle East, and for the hundreds of thousands of Syrians and Iraqi Sunnis ethnically cleansed by his militias,” US Senator for Texas Ted Cruz wrote on Twitter.

“It is also long-overdue justice for our Israeli allies who have suffered decades of terrorism at the hands of Hezbollah terrorists commanded by his IRGC Quds Force,” he added.

“Qassem Soleimani was an arch terrorist with American blood on his hands,” former US ambassador to the UN Nikki Haley said in response to the attack. “His demise should be applauded by all who seek peace and justice.  Proud of President Trump for doing the strong and right thing.”

US Senator for Florida Marco Rubio claimed that people are delegitimizing the US attack in Baghdad because they are “blinded by hated for Trump,” calling such a thing “total derangement.”

South Carolina Senator Lindsey Graham tweeted that the attack was a “major blow” to the “Iranian regime that has American blood on its hands.”

“If Iran continues to attack America and our allies, they should pay the heaviest of prices, which includes the destruction of their oil refineries,” he added.

Former New York mayor and current attorney for Trump, Rudy Giuliani, wrote that this “is not Benghazi.”

“Obama did nothing about it. @realDonaldTrump acted immediately to protect Americans. Democrats are also Americans and should support our President,” he concluded.

Some reactions were less welcoming, such as that of Democrat and presidential candidate Elizabeth Warren, who wrote on Twitter that although Soleimani “was a murderer,” “this reckless move escalates the situation with Iran and increases the likelihood of more deaths and new Middle East conflict.”

“Our priority must be to avoid another costly war,” she concluded.

Senator Jim Risch, Chairman of US Senate Foreign Relations Committee said in a statement that Soleimani was responsible for the deaths of hundreds of Americans. “As I have previously warned the Iranian government, they should not mistake our reasonable restraint in response to their previous attacks as weakness.”

Republican Representative Liz Cheney tweeted that Soleimani was “an evil and deadly terrorist with the blood of thousands, including hundreds of Americans, on his hands.”

“President Trump was right to order decisive action to kill Soleimani to prevent further attacks and defend American lives and interests,” she added.

Former Vice President and presidential hopeful, Joe Biden, criticized the operation and said in a statement: “President Trump just tossed a stick of dynamite into a tinderbox, and he owes the American people an explanation of the strategy and plan to keep safe our troops and embassy personnel, our people and our interests.”

“much remains unknown, but Iran will surely respond. We could be on the brink of a major conflict across the Middle East,” Biden continued. “I hope the Administration has thought through the second- and third-order consequences of the path they have chosen.”

“But I fear this Administration has not demonstrated at any turn the discipline or long-term vision necessary — and the stakes could not be higher,” the former VP added.

Democratic Representative Ilhan Omar conjectured that the strike was designed by Trump to provoke a war, vowing to put a stop to it if so.

Eliot L. Engel, Chairman of the House Committee on Foreign Affairs, issued a statement with a similar message. “I’m deeply concerned about the repercussions of tonight’s strike,” he wrote.

“Iran is the world’s most prolific state sponsor of terrorism. The regime in Tehran and its proxies have global reach that they may use to seek retribution for this strike, endangering the lives of Americans around the world,” Engel statement reads. “And we are now again on the brink of direct confrontation in the Middle East. Tonight’s action represents a massive escalation in our conflict with Iran with unpredictable consequences,” he added.

Florida Representative Ted Deutch tweeted: “We should prepare for potential retaliatory attacks by Iran & its proxies. We must ensure the security of US personnel in the region. The Admin must inform Congress of next steps and clarify legal basis for military action. Reminder that Congress has not authorized war with Iran.”

New York City Mayor Bill de Blasio tweeted that he spoke with the New York Police Department about taking immediate steps to “protect key NYC locations from any attempt by Iran or its terrorist allies to retaliate against America.”

“We will have to be vigilant against this threat for a long time to come,” he concluded.

The Republican Jewish Coalition (RJC) applauded president Trump, and said in a statement that Soleimani’s death “makes the world a safer place.”

“President Trump is fulfilling his promise to hold Iran accountable for the regime’s support of international terrorism, its brutal treatment of the people of Iran, and its violent aggression against other states in the region,” RJC National Chairman Senator Norm Coleman said.

Iranian Foreign Minister Mohammad Javad Zarif tweeted on Friday that the attack was “an extremely dangerous and foolish escalation,” calling it “rogue adventurism” by the US.