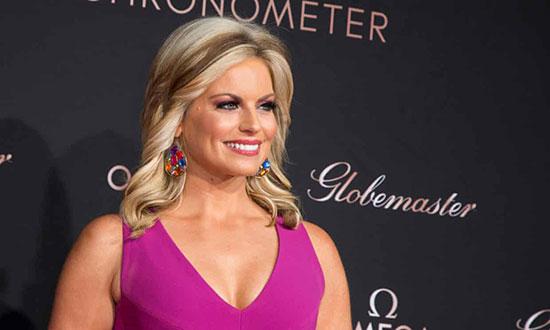 A former Fox News reporter has added her name to the list of nearly two dozen women who have accused Donald Trump of making unwanted sexual advances towards them. In a book published next week, the Fox & Friends fill-in host Courtney Friel claims Trump propositioned her before he became US president.

“You should come up to my office sometime, so we can kiss,” Friel says Trump told her, adding that he considered her “the hottest one at Fox News”.

The claims, reported by the New York Daily News, are contained in Friel’s upcoming memoir, Tonight At 10: Kicking Booze and Breaking News.

Friel, 39, says Trump’s come-on was made during a phone call to her office weeks after she mentioned an interest in working as a judge on his Miss USA beauty pageant. She says she was shocked by the proposition, which “came out of nowhere”.

“‘Donald,’ I responded, ‘I believe we’re both married.’ I quickly ended the call,” she wrote in her book.

“This proposition made it difficult for me to report with a straight face on Trump running for president. It infuriated me that he would call all the women who shared stories of his bold advances liars. I totally believe them,” she says.

Friel, who now works at KTLA in Los Angeles, joins a long line of accusers who say the president has sexually harassed or assaulted them.

In November, Summer Zervos, a former contestant Trump’s The Apprentice reality TV show, presented court evidence to support claims that Trump sexually assaulted her in a hotel room in 2007. Zevos first made her claims in 2016 after audio emerged of Trump boasting to Access Hollywood’s Billy Bush about grabbing women’s genitals.

While Friel and Zevos’ claims are not as well known as those leveled by Stormy Daniels or Karen McDougal, they bring the total number of women who have come forward accusing Trump of sexual misconduct of varying degrees to more than 20, according to a Guardian tally in November.

The White House claims the women are lying, while Trump has suggested some were not attractive enough for him to want to sexually assault.