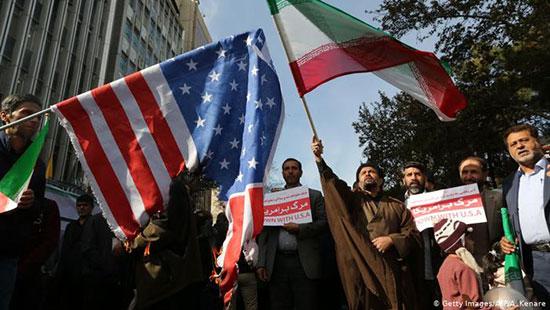 www.dw.com-The targeted killing of Iranian General Qassem Soleimani by the US is the latest episode in a troubled relationship. DW examines the tensions between the two nations dating back decades.

August 19, 1953: Iranian Prime Minister Mohammad Mossadegh is overthrown in a coup orchestrated by the US Central Intelligence Agency and Britain’s MI6. The coup is an attempt to keep Mossadegh from nationalizing Iran’s oil industry. In the coming years, the US and other Western states support the dictatorship of Mohammad Reza Pahlavi, the Shah of Iran.

January 16, 1979: The Shah is forced to flee the country on the eve of Iran’s Islamic Revolution. Ayatollah Ruhollah Khomeini, the leader of the country’s Shiites, returns from exile in Paris and proclaims the creation of the Islamic Republic of Iran. In November 1979, Iranian students storm the US Embassy in Tehran, taking dozens of embassy workers hostage. Thirteen hostages are eventually freed later that year and another in July 1980.

April 4, 1980: The US cuts all diplomatic ties with Iran. In September 1980, troops under Iraqi President Saddam Hussein invade southwestern Iran. The West supports Iraq during a war that will continue until 1988 and be recorded as one of the bloodiest military confrontations in the second half of the 20th century.

January 20, 1981: The 52 remaining hostages at the US Embassy in Tehran are released.

1987-1988: Iran conducts a number of attacks on oil tankers in the final years of the Iran-Iraq War, coming into direct conflict with US special operation forces as a result. In July 1988, a US warship shoots down an Iranian passenger jet, killing all 290 people on board. The US would later claim that the plane was mistaken for a military aircraft.

January 29, 2002: During his State of the Union address just months after the terror attacks of September 11, 2001, US President George W. Bush declares Iran, Iraq and North Korea, “The Axis of Evil.” In December of 2002, in the run-up to Washington’s March 2003 invasion of Iraq, several members of the Bush administration claim that Iran may be developing nuclear weapons.

January 2006: Iran announces that it has resumed uranium enrichment for its nuclear program. The US fears that leaders in Tehran intend to build a nuclear weapon. US media outlets report that President Bush is considering a “tactical” nuclear attack in the event of war. In May 2006, Iran threatens to withdraw from the nuclear nonproliferation treaty.

July 14, 2015: The Joint Comprehensive Plan of Action (JCPOA), better known as the Iran nuclear deal, is signed in Vienna by Iran, the US, UK, Russia, China, France, Germany and the EU. The deal provides sanctions relief to Iran in exchange for it drastically reducing its nuclear program. News of the treaty is greeted with celebrations across Iran.

2016-2018: Donald Trump, the new US president, repeatedly makes clear that he wants to withdraw from the JCPOA. The International Atomic Energy Agency (IAEA), however, consistently confirms that Iran is abiding by the rules of the treaty.

May 8, 2018: Trump unilaterally withdraws the US from the JCPOA despite vehement protests from the deal’s other signatories, especially those in the EU. The US also threatens all countries that continue to purchase Iranian oil with drastic secondary sanctions.

July 22, 2018: Iranian President Rouhani threatens to block international oil transport routes in the Persian Gulf in response to Washington’s stance. Rouhani accuses Trump of seeking to use sanctions to destroy Iran and threatens the US with the “mother of all wars.” Prior to that, Iran announces the resumption of its uranium enrichment program.

September 25, 2018: The European Union’s foreign secretary, Federica Mogherini, announces the creation of INSTEX, a trading system designed to allow Iran to avoid US sanctions. The mechanism, which was created as an incentive to keep Iran in the JCPOA, has been largely ineffective.

April 8, 2019: The Trump administration declares Iran’s Revolutionary Guard a terrorist organization. It is the first time the US has declared a foreign government agency a terror group. Iran responds by labeling the US a “state sponsor of terrorism.”

June 13, 2019: The US blames Iran for explosions on two oil tankers in the Gulf of Oman after previously accusing Tehran of being behind attacks on two Saudi Arabian tankers in May. President Trump drastically increases the US troop presence in the region and takes to Twitter a few days later to threaten Iran with “obliteration.”

June 20, 2019: Iran’s Revolutionary Guard shoots down a US drone over the Persian Gulf. Washington rejects Tehran’s claims that the drone was over Iranian airspace when it was downed. In a last-second decision, Trump opts to abort a US retaliatory mission already underway.

July 4, 2019: The British navy seizes an Iranian oil tanker off the coast of Gibraltar, claiming it is operating in violation of EU sanctions by delivering Iranian oil to Syria. The ship Grace 1 was sailing under a Panamanian flag.

July 7, 2019: A deadline set by Iran as an ultimatum for its partial withdrawal from the JCPOA expires. Iran subsequently announces that it will no longer abide by the treaty’s limit of enriching uranium to non-weapons-grade levels of 3.67% purity.

July 19, 2019: Iran’s Revolutionary Guard seizes the British tanker Steno Impero in the Strait of Hormuz in retaliation for the British seizure of the Grace 1 in Gibraltar.

August 18, 2019: Authorities in Gibraltar release the Grace 1. The British tanker Steno Impero is released on September 23, 2019.

August 26, 2019: French President Emmanuel Macron uses the G7 summit in France as an opportunity to seek a US-Iranian summit. His attempts are in vain.

November 3, 2019: Iran’s Supreme Leader Ayatollah Ali Khamenei once again declares his opposition to talks with the US, saying they would bring no improvement.

January 3, 2020: General Qassem Soleimani, commander of Iran’s elite Quds Force is killed in a targeted US airstrike near an airport in the Iraqi capital, Baghdad. Supreme Leader Ayatollah Khamenei says the US should expect a “hard retaliation” for the assassination.