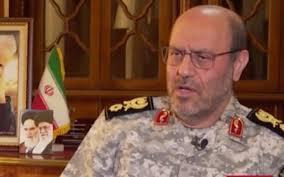 The military adviser to Iran’s supreme leader said the Islamic republic’s response to a U.S. strike that killed one of the country’s top commanders will be military, CNN reported Sunday.

“The response for sure will be military and against military sites,” Brigadier General Hossein Dehghan told CNN in Farsi, according to a translation by the U.S. news network.

In a televised news conference on Sunday, foreign ministry spokesman Abbas Mousavi said “Iran is not seeking a war but is ready for any situation.”

Mousavi said the final decision would be made by “the system’s leadership.”

It would try to “devise a response in a way that would both make the enemy regret” the assassination and “not bring the Iranian nation to a war.”

In his interview with CNN, Dehghan said: “It was America that has started the war. Therefore, they should accept appropriate reactions to their actions.”

“The only thing that can end this period of war is for the Americans to receive a blow that is equal to the blow they have inflicted,” said the former Iranian defense minister.

In a statement on Friday, Iran’s Supreme National Security Council said the Islamic republic would retaliate in the “right time and place” for Soleimani’s assassination.

Iran-U.S. tensions have escalated sharply since 2018 when President Donald Trump withdrew America from a landmark nuclear agreement and reimposed crippling sanctions on the Islamic republic.