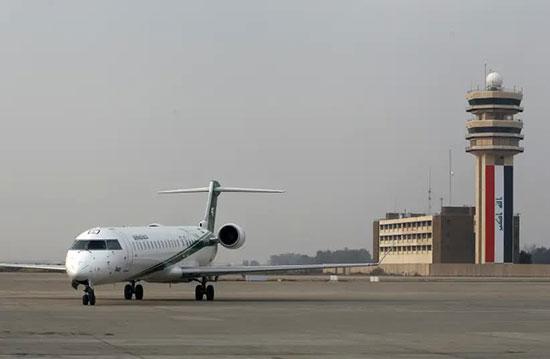 The FAA said it was closely monitoring events in the Middle East and coordinating with US airlines and foreign authorities about aviation safety after the attack.

The U.S. Federal Aviation Administration said it would ban U.S. carriers from operating in the airspace over Iraq, Iran, the Gulf of Oman and the waters between Iran and Saudi Arabia after Iran launched a missile attack on U.S.-led forces in Iraq.

Several foreign airlines said they would now avoid flying over the affected areas.

The FAA said it issued the airspace ban “due to heightened military activities and increased political tensions in the Middle East, which present an inadvertent risk to U.S. civil aviation operations.”

Several non-U.S. airlines had flights over parts of Iraq and Iran at the time, according to FlightRadar24 data. They are not directly affected by the FAA ban, but foreign carriers and their national regulators typically consider U.S. advice carefully when deciding where to fly.

Before the latest guidance, the FAA had already prohibited U.S. carriers from flying below 26,000 feet over Iraq and from flying over an area of Iranian airspace above the Gulf and Gulf of Oman since Iran shot down a high-altitude U.S. drone last June.

Carriers are increasingly taking steps to limit threats to their planes after Malaysia Airlines Flight MH17 was shot down in 2014 by a missile over Ukraine, killing all 298 people on board. Re-routing around conflict airspace adds to flight times and burns extra fuel.

Korean Air Lines Co Ltd and Thai Airways said they had been avoiding Iranian and Iraqi airspace before the attack on U.S. troops.

Transport Canada said it was in close contact with the FAA about the situation in the Middle East and that Air Canada was altering its routes.

India’s aviation regulator has not issued formal instructions to airlines yet but has held meetings with those concerned and advised them to remain vigilant and take precautions, an official said.

OPSGROUP, which advises airlines on security threats, said the new U.S. airspace bans were “significant,” particularly given that the entire overwater airspace in the region is now unavailable.

“Flights headed to/from the main airports in the region such as Dubai will now need to route through Saudi Arabia’s airspace,” it said on its website.

An international aviation team has been activated to support “effective coordination and communication” between airlines and countries as tensions mount in the Middle East after a U.S. drone strike killed an Iranian military commander, global airlines body IATA said on Tuesday.

Airlines and the United Nations’ aviation agency have started to monitor strategic airspace over Iran and Iraq. With some commercial carriers still serving those countries and others flying over their airspace, the International Air Transport Association also issued a statement reminding countries of their obligation to communicate potential risks to civil aviation.

“It is critical that states live up to this obligation as tensions in the Middle East rise,” the group said, days after the killing of General Qassem Soleimani on Friday plunged the region into a new crisis.

The coordination team operated by IATA and the International Civil Aviation Organization (ICAO) was activated as a “standard precautionary measure,” in the event that contingency measures are required by airlines, IATA said in a statement to Reuters.

The team brings together airlines, regulators and air navigation service providers to ensure any potential risks to aviation are shared quickly, an industry source familiar with the group said.