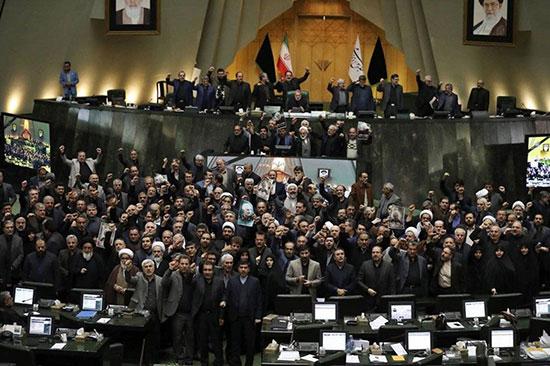 Iranian lawmakers chant slogans as some of them hold posters of Gen. Qassem Soleimani, who was killed in Iraq in a U.S. drone attack, in an open session of parliament, in Tehran, Iran. (AP Photo)

U.S. forces could not be immediately reached for comment. White House press secretary Stephanie Grisham said the White House is aware of the reports.

“The President has been briefed and is monitoring the situation closely and consulting with his national security team,” she said.

Ain Assad airbase is in Iraq’s western Anbar province. It was first used by American forces after the 2003 U.S.-led invasion that toppled dictator Saddam Hussein. It later saw American troops stationed there amid the fight against the Islamic State group in Iraq and Syria.