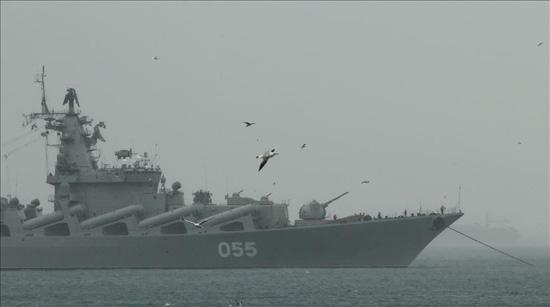 A Russian naval cruiser had to cast anchor due to strong currents and bad weather in Istanbul’s Bosphorus Strait on Jan. 6, according to a Turkish security source.

The Slava-class Marshal Ustinov anchored off the neighborhood of Moda, on Istanbul’s Asian side, since conditions did not allow for it to dock, said the source.

Earlier, state meteorologists warned of heavy precipitation across much of Turkey, and a strong northeaster in the western Çanakkale province — leading into the Istanbul Straits — hindering marine transportation.

Six containers reportedly fell off a ship off Çanakkale’s Bozcaada district, and ferry services between Çanakkale and Kilitbahir on the coast of the Dardanelles were temporarily suspended.