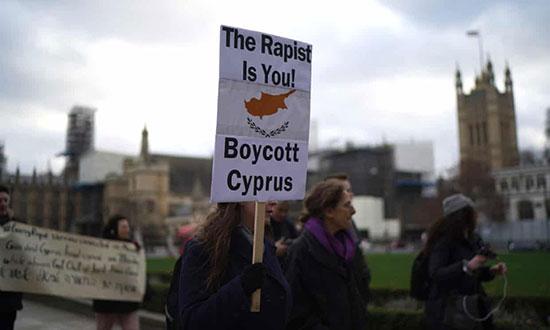 All she wanted was one last summer adventure before buckling down to the beginnings of adult life.

If all had gone to plan, the 19-year-old would have flown home from Cyprus with nothing more than a few lively gap year stories to show for it, and by now would presumably have been happily settled into university life.

Instead it is by all accounts a broken young woman who returns to Britain this week. She still bears the stain of her conviction for supposedly lying about being gang-raped in the resort of Ayia Napa, despite grave concerns about how that verdict was reached. The suspended sentence she has just been handed looks suspiciously like a fudge designed to get Cyprus out of a politically embarrassing situation, allowing her to leave the country and international outrage to die down while resolving none of the questions raised by her conviction.

False accusations of rape do happen, although they are vanishingly rare. And of course, where they are made deliberately, they should carry serious consequences. But the facts of this case are so disturbing that it’s impossible to feel justice has been done. The judge talked magnanimously of giving a teenager a “second chance”, presenting the fine and four-month suspended sentence he dished out as a gesture of compassion, given that he could, in theory, have jailed her. But many will ask whether she really got a first chance. This is, after all, a young woman who retracted her original allegation of rape only after a lengthy police interrogation with no lawyer present. A pathologist testified that she had injuries consistent with being attacked. The group of young Israeli men she originally accused of bursting in – while she was having consensual sex in a hotel room with one of their friends – and raping her were not required to testify, yet still the judge seemed convinced she wasn’t telling the truth.

So the dispiriting message conveyed to young women travelling abroad, and not just to Cyprus, is that if something terrible happens then it’s probably safest not to tell. Better to cry your tears in private and jump on the first plane home than play Russian roulette with a system that might not be on your side. It’s daunting enough for rape victims in Britain to face reliving everything in court, but how many would be brave enough to risk ending up like this young woman, who spent weeks on remand in prison while the men she accused flew home, and is now said to be suffering from post-traumatic stress disorder and hallucinations?

Her lawyers are expected to lodge an appeal now, but that could take years to grind its way through the system, and in the meantime she must plan for a career that isn’t incompatible with a criminal conviction. Her identity, which has been withheld by the press, is bandied about in the darker recesses of the internet; film of her having consensual sex with her Israeli boyfriend in Ayia Napa was posted on porn sites. Her lawyers are frank about how hard it will be for her to put all this behind her. In Cyprus, meanwhile, this must look like a missed chance to reform what women’s groups say is a criminal justice system sorely in need of it. It’s not just tourists but women permanently living on the island who could have benefited from an honest examination of what went wrong in this case.

In the circumstances it may be some time before British parents feel relaxed about their daughters jetting off to Ayia Napa for a post A-level summer of partying. But cheap sun, sea, cocktails and clubbing are a potent draw for teenagers filled with the blithe sense of invincibility that comes with being 18, and watching the world open up in front of you. It would be wholly wrong to tell our daughters to narrow their horizons and stay home, and even if we tried, it’s unlikely they would listen at an age where parental nagging is just white noise. (Although it wouldn’t hurt for parents of sons to deliver some blunt reminders about consent before packing their boys off on a gap year.)

So after a while, calls to boycott Cyprus will probably fade from public consciousness, not least because it’s hardly the only exotic destination in which young women might fear an unsympathetic hearing from the criminal justice system. If the idea behind this suspended sentence was to make a difficult diplomatic incident go away, while shielding the island’s tourism industry from any more bad publicity, then the depressing truth is that it will probably work in the long run. Ayia Napa, and all the places like it around the world, will party on.

But what remains is an uncomfortable reminder of the price too often paid for speaking up about sexual violence; how often blame and shame clings, however unfairly, to the woman involved. It will be rather longer before most women are capable of forgetting that.