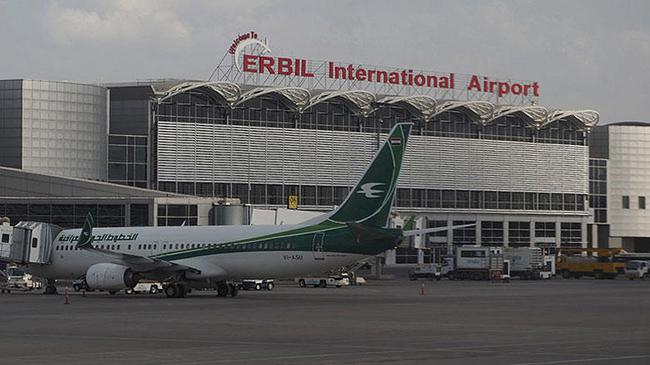 TEHRAN (FNA)- The Islamic Revolution Guards Corps launched a strong missile attack on a US military base near Erbil airport in Iraqi Kurdistan Region in the second leg of “Martyr Soleimani” reprisal operation.

The Arabic-language Al-Mayadeen TV network reported early on Wednesday that a US military base close to Erbil’s airport has come under attack.

Other sources said all flights have been cancelled at Erbil airport.

Ein Al-Assad is an airbase with a 4km runway at 188m altitude from sea levels, which is the main and the largest US airbase in Iraq.

The IRGC issued a statement saying it has fired tens of ground-to-ground missiles at “the airbase occupied by the terrorist and aggressive army of the United States known as Ein Al-Assad” in reprisal for the martyrdom of IRGC Qods Force Commaner Lieutenant General Qassem Soleimani.

The IRGC warned the US to avoid retaliating the Wednesday attack or else “it will face a more painful and crushing response”.

The IRGC Statement also warned “all the US allied states where the terrorist army has a base, any territory that becomes the origin of any hostile and aggressive action against the Islamic Republic of Iran in any way will be targeted”.

“We believe that the Zionist regime by no means stands aside from the criminal US regime in these crimes.”

The IRGC also called on the American nation to pressure the White House to pull their troops our of the region to avoid further damage and not allow the US rulers to endager the lives of their military men through increasing hatred.

All Iranian underground missile towns are on alert.

The missile attack came hours before the body of General Soleimani was buried.

Lieutenant General Soleimani was martyred in a targeted assassination attack by the US drones at Baghdad International Airport early on Friday morning.

The attack came amid tensions that started by the US attack on PMF units that killed 28 Iraqi popular forces. A day later, Iraqi people attacked the US embassy in Baghdad.

The targeted assassination attack represents a dramatic escalation by the US toward Iran after months of tensions. The tensions take root in Trump’s decision in May 2018 to withdraw the US from Iran’s nuclear deal with world powers, struck under his predecessor.