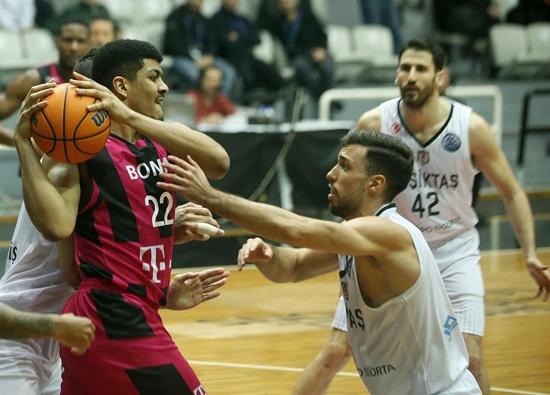 For the losing side, shooting guard Anthony DiLeo supported his team with 18 points and seven assists, becoming the second-highest scorer of the game.

Telekom Baskets Bonn captain Martin Breunig scored 16 points, though his efforts could not avert the loss.

With this result, Beşiktaş stayed at fifth spot with two wins and three losses in the FIBA Champions League.