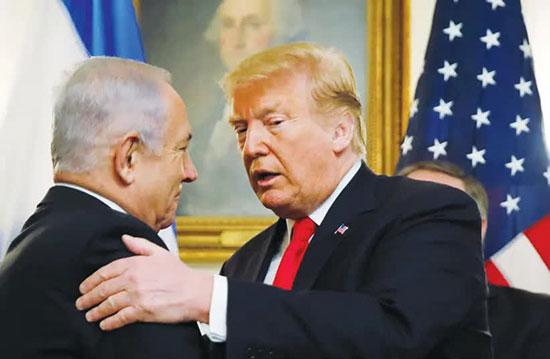 The call came after Iran launched more than a dozen ballistic missiles and targeted US bases in Iraq on Tuesday night.

The White House reported that the president of the United States and Prime Minister Benjamin Netanyahu spoke overnight Wednesday on the phone about “critical issues”connected to the region and relations between the countries.
No other details were released about the content of the conversation.
The call came after Iran launched more than a dozen ballistic missiles and targeted US bases in Iraq on Tuesday night in retaliation for the killing last week of Qasem Soleimani, Iran’s Quds Force commander.

Late Wednesday night, two rockets fell in Baghdad’s heavily fortified Green Zone, one of which landed near the US embassy, but caused no casualties, the Iraqi military said. There was no immediate claim of responsibility.

The United States told the United Nations on Wednesday that the killing of Soleimani last week was self-defense and vowed to take additional action “as necessary” in the Middle East to protect US personnel and interests.

In a letter to the UN Security Council, US Ambassador Kelly Craft said the United States also stands “ready to engage without preconditions in serious negotiations with Iran, with the goal of preventing further endangerment of international peace and security or escalation by the Iranian regime.”