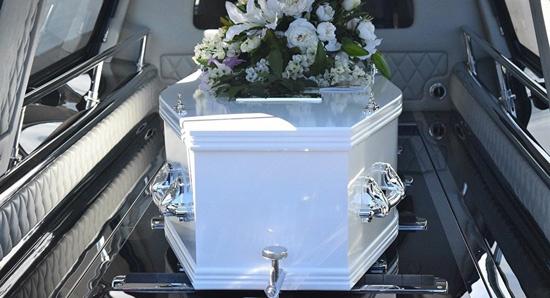 More than half of Swedish men and four in ten women are overweight or obese, according to Statistics Sweden. This poses serious problems even after their passing.

Contrary to the common saying that death solves all problems, it doesn’t. Obesity leads to bigger coffins, which puts increased pressure on crematories.

In order to tackle this problem, up to 15 crematories across Sweden have installed wider ovens or expanded existing ones, according to the Swedish Cemetery and Crematoria Association (SKKF), the trade association for funeral activities.

“When you build a new building today, you build with larger furnaces”, cemetery manager Lars Öhrn in Borås explained to national broadcaster SVT. “As we get bigger, larger coffins are needed for cremation. This is where the problem arises”, he added.

Everyone registered in Sweden pays a compulsory funeral fee that covers cremation. However, according to SKKF, there are up to ten cases a year when cremation is not possible.

“Of course, it’s tragic when it happens. But this is the reality today”, SKKF CEO Jan Olov Andersson explained. Most of the time this is due to the deceased’s obesity. “What may be reasonable is for crematories to expand”, he added, stressing that efforts to solve the problem are under discussion.

In the town of Skövde, the same problem has been encountered. There, plans for a new crematorium are already underway. The present one won’t accommodate coffins above normal size.

Since the beginning of the 1980s, the average Swede has become two centimetres broader and seven kilos heavier. More than half of Swedish men and four in ten women are overweight or obese, according to Statistics Sweden.