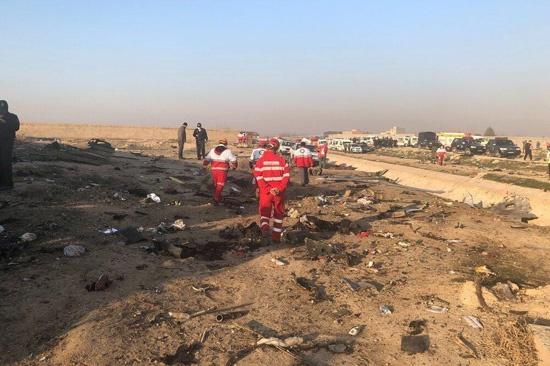 Iranian investigators said on Jan. 9 the crew members of the Ukrainian jetliner that crashed the previous day never made a radio call for help and were trying to turn back to the airport when the plane went down.

Iran‘s civil aviation authority made the comments in a preliminary crash report a day after the crash of the Ukrainian jetliner that killed all 176 people on board.

The investigators also said that the plane was engulfed in fire before it crashed.

They said the crash caused a massive explosion when the plane hit the ground, likely because the aircraft had been fully loaded with fuel for the flight to Kyiv, Ukraine.

The report also confirmed that both of the so-called “black boxes” that contain data and cockpit communications from the plane had been recovered, though they had damaged and some parts of their memory was lost.

Ukrainian President Volodymyr Zelenskiy meanwhile said the crash investigators from his country had arrived in Iran to assist in the probe.

He also said he planned to call President Hassan Rouhani about the crash and the investigation.

Undoubtedly, the priority for Ukraine is to identify the causes of the plane crash,” Zelenskiy said.

“We will surely find out the truth.”