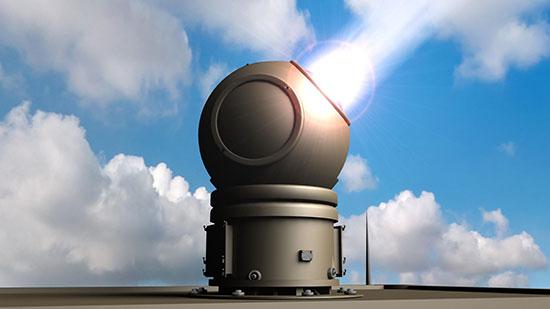 The interception system is meant to down targets ranging from mortar fire and drones to Grad rockets and long-range missiles; it is also much more cost-efficient than the current favorite Iron Dome

The system is meant to intercept aerial threats ranging from as mortar fire, drones, medium range Grad rockets, anti-tank missiles as well as long-range missiles, currently at the disposal of Iran-backed terror groups in Syria and Lebanon.

The system is set to be tested in six months’ time at an undisclosed location in northern Israel. If the interception test is successful, the laser-based system will be dispatched for field use along Israel’s border with the Gaza Strip.

The laser, which was developed and manufactured by the government-owned Rafael Advanced Defense Systems and Elbit Systems over the past decade, has so far proven its interception capabilities during comprehensive testing over its lengthy development cycle.

The plan is to extend the laser’s uses and mount its systems on armored vehicles and trucks meant for battlefields in order to protect ground troops in hostile territory. In addition, there are plans to install the system on the Israeli Air Force jets in an effort to start intercepting long range missiles from the above.

“After many years of dreaming of an energy-based weapon system that doesn’t include any kind of ‘flying metal’ I can finally say we are so very close,” said Dubi Oster, the head of Optoelectronics at the Administration for the Development of Weapons and Technological Infrastructure.

“The capabilities we developed are based on electric lasers as opposed to the less reliable, more common chemical laser,” said Oster, “meaning we’ll be able to target and intercept a flying target from a distance of five kilometers (3.1 miles).”

The system’s interception will also be much cheaper than that of the Iron Dome, since it does not require expensive interceptor missiles. “The system basically has endless munition,” said Oster. “The system is also plugged to a power source, so there’s no need to reload regular ordnance.”

The new laser system is expected to complement existing active defense systems in the future, such as the Arrow, Patriot and the Iron Dome.

For all its innovations, the system does have its downsides, mainly its field of view which is highly dependent on weather conditions since the system relies on optics in order to successfully hit the intended target.

“If we successfully attach the system to an aircraft, we could overcome the hurdle of [unexpected] weather … we could potentially intercept rocket fire right above the enemy’s heads,” said the Defense Ministry.

“The Israeli mind keeps paving the way, the new laser project will turn Israel’s defense into deadlier and more advanced,” said Defense Minister Naftali Bennett. “It’s a clear message to our enemies, our capabilities are vast.”