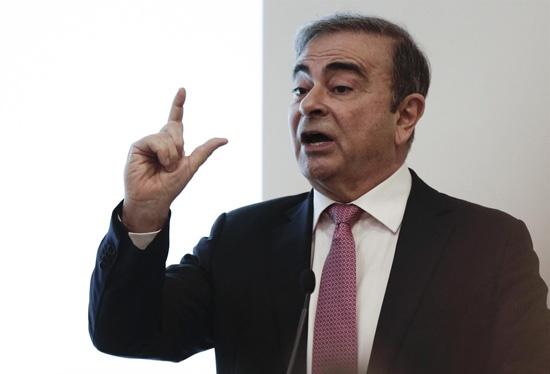 TOKYO (Reuters) – Japan’s justice minister launched a rare and forceful public takedown of auto executive-turned-fugitive Carlos Ghosn after he blasted the country’s legal system as allowing him “zero chance” of a fair trial as he sought to justify his escape to Beirut.

After his dramatic flight to Lebanon last month, Ghosn spoke in public for the first time on Wednesday, saying he had been treated “brutally” by Tokyo prosecutors. He said they questioned him for up to eight hours a day without a lawyer present and tried to extract a confession out of him.

In an effort to undo Ghosn’s attempt to sway public opinion in his favor, Justice Minister Masako Mori followed shortly with a statement, translated into English and French, and held a news conference after midnight and again around 9:30 a.m. on Thursday morning to defend Japan’s justice system.

“I decided to do this because defendant Ghosn was looking to justify his unlawful exit from Japan by propagating a false recognition of our justice system,” she said at the second news conference.

“I felt that we needed to respond immediately to broadcast a correct understanding to people around the world.”

Ghosn, the former chief of Nissan Motor Co Ltd (7201.T) and Renault SA (RENA.PA), fled Japan last month as he was awaiting trial on charges of under-reporting earnings, breach of trust, and misappropriation of company funds, all of which he denies.

Mori said Ghosn’s escape from his trial in itself “could constitute a crime” that would not be tolerated in any country.

“My impression in listening to him was that there were few statements that were backed by any real evidence,” she said. “If he wants to prove his innocence, he should face fair trial proceedings here,” she added, stressing that the allegations against him concerned financial crimes in Japan.

“That would be the mark of a first-class businessperson and good citizen.”

Mori blasted Ghosn for violating his bail by fleeing the country “without showing a passport and breaking international rules that everyone in the world follows”.

“It was a breach of faith that can’t be explained to our children,” she said.

The spotlight on Japan’s justice system comes as Mori is set to host in April the United Nations’ Congress on Crime Prevention and Criminal Justice, held once every five years.

Defending authorities’ jailing of Ghosn, Mori said that in Japan, a suspect can only be arrested with a warrant from the court upon review by a judge, unlike in some countries where detention is possible without a warrant.

She added that indictments were only made in Japan when there was ample evidence toward a conviction, saying criticism of Japan’s 99% conviction rate was therefore unwarranted.

Mori repeated that Japan would try to find a way to bring Ghosn back from Lebanon. Interpol has issued an international arrest notice at Japan’s request, which Ghosn said his lawyers could fight.

Ghosn, for his part, said he was prepared to stand trial in any of his three home countries of Lebanon, France or Brazil, none of which have extradition agreements with Japan.