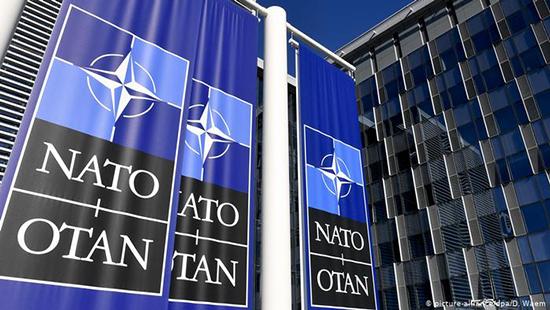 UPDATED: Trump will not escalate the crisis with Iran but talked tough, while inviting NATO to take over at least part of U.S. role in the region.

Following Iran’s retaliatory missile strikes on two US military bases in Iraq on Wednesday, President Donald Trump imposed unspecified new sanctions on Iran but told Tehran that the US is “ready to embrace peace for all who seek it.”

In a televised address from the White House on Wednesday, Trump did not say the U.S. would further escalate military action against Iran following Iran’s ballistic missile strikes, which the Iranian foreign minister said concluded Iran’s response to the U.S. killing of Gen. Qassim Suleimani, the leader of the Quds Force of the Iranian Revolutionary Guard.

Trump reported that there were no deaths or injuries and minimal property damage from the Iranian missile strikes over night. “Iran appears to be standing down, which is a good thing for all parties concerned and a very good thing for the world,” Trump said.

Iran’s accurate missile attack demonstrated its capabilities, without causing damage that would have tempted Trump to further respond.  Cooler heads prevailed on both sides of the conflict, with the prospect of a disastrous major war that would put millions of lives and the world economy at risk staring them both in the face.

While the Iranian response may not have satisfied an Iranian population enraged over the murder of a revered military leader, Ayatollah Ali Khamenei said the ultimate revenge would be the expulsion of U.S. troops from the Middle East.

Trump has said on more than one occasion that he would like to voluntarily do that–a move that has been met with strong bi-partisan opposition, committed as it is to American military intervention in the region.

In his address, Trump implied that the U.S. has little reason to remain in Middle East because the U.S. was now the number one producer of oil and gas.

“Today, I am going to ask NATO to become much more involved in the Middle East process. Over the last three years, under my leadership, our economy is stronger than ever before and America has achieved energy independence. These historic accomplishments changed our strategic priorities. These are accomplishments that nobody thought were possible. And options in the Middle East became available. We are now the number-one producer of oil and natural gas anywhere in the world. We are independent, and we do not need Middle East oil.”

These remarks will need clarification over the coming days, though with Trump, it’s possible they will never be remarked on again, leaving uncertainty about his intentions.  One interpretation is that since the U.S. no longed needed Middle East energy the heavy presence of U.S. forces in the region was also no longer needed and that he would ask other NATO nations to share the military involvement.

Despite this, the U.S. has refused to withdraw its troops from Iraq, despite an Iraqi parliament resolution demanding they leave. Trump’s intentions to withdraw from Syria were met by bi-partisan condemnation, so he has kept them, ironically, to control Syria’s oil.

Trump’s remarks were filled with distortions and outright lies, which form the premise for much of America’s misguided foreign policy, especially in the Middle East.  He once again said, “Iran has been the leading sponsor of terrorism,” when any neutral observation would show that U.S. ally Saudi Arabia by far holds that title.  The vast majority of major terrorist groups, such as al-Qaeda and ISIS, are Sunni, not Shia.

Almost everything he said about Suleimani was false. “Last week, we took decisive action to stop a ruthless terrorist from threatening American lives,” he said. “At my direction, the United States military eliminated the world’s top terrorist.”

After the mid-1970s congressional investigations into intelligence agency abuses, including a U.S. government assassination program, “political assassinations” were banned by executive order, signed by President Gerald Ford, and then strengthened by Jimmy Carter.

But Ronald Reagan’s lawyers made an exception for “terrorists,” though their targeted killing was still “political assassination.” Debated since 2007, the Trump administration last April designated the Iranian Revolutionary Guards a “terrorist organization,” even though it is part of a national military, not non-state actors, as terrorists are.

Once the mainstream media, practically overnight, come up with a phrase planted by a government official, it is repeated across the board incessantly until it comes to be accepted as “truth.” Such was the case of Suleimani having “killed hundreds of Americans,” as though he strangled American women and children in a Midwest town with his bare hands.

In fact Suleimani trained militia in Iraq that resisted an occupying army as the people of any occupied nation would do. He was a military man, not a terrorist, that engaged in acts of war, a war begun without legitimate cause by the U.S. invasion of Iraq in 2003. The targets of his trained militia were military, not civilian.

Another lie that Trump continuously repeats is that the five nation plus Iran nuclear deal approved by the Obama administration lead the U.S. to “give” Iran billions of dollars.

“Iran’s hostilities substantially increased after the foolish Iran nuclear deal was signed in 2013, and they were given $150 billion, not to mention $1.8 billion in cash. Instead of saying ‘thank you’ to the United States, they chanted ‘death to America.’ In fact, they chanted ‘death to America’ the day the agreement was signed. Then, Iran went on a terror spree, funded by the money from the deal, and created hell in Yemen, Syria, Lebanon, Afghanistan, and Iraq.”

In fact, the money Iran was “given” was actually Iran’s assets that had been frozen in the U.S. under earlier sanctions. Iran’s military actions in Syria have been against real terrorist groups, and the war in Yemen was started by Saudi Arabia, with U.S. approval (during the negotiations over the nuclear deal, which the Saudis opposed.) The Houthi in Yemen have been driven into alliance with Iran, an alliance which did not exist before the Saudi attack.

Iran’s response was less than what many analysts had been anticipating. No American official apparently has been targeted for assassination and the Iranian missile strikes seemed to purposely avoid killing U.S. personnel. But rather than call it a day, given Iran’s symbolic retaliation, Trump dug his heel in by gratuitously announcing new sanctions.

“The US will impose new punishing sanctions on Iranian regime and they will remain until Iran changes its behavior,” Trump said. “Iran’s campaign of mayhem and murder will not be tolerated.”

American hubris was on display over the course of these events, further humiliating not only Iran but also Iraq in their own countries, further undermining support for the U.S. in the region.