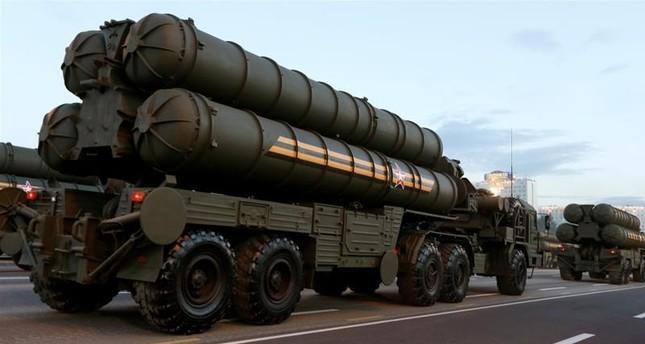 Asked about India’s pursuit of the S-400s during a press briefing on Wednesday, a senior State Department official said the country enjoyed no special protection from US sanctions, which Washington has also threatened to impose on Turkey over its own purchase of the missile platform.

“There is not a blanket waiver. Congress certainly never designed that or anticipated that, nor did the administration,” he said, adding:

Indian officials know that there’s a risk of application of sanctions.

Immediately following the low-key threat, however, the official noted there was no “blanket application” for sanctions on India either, suggesting they would be applied on a “case-by-case” basis, and could in theory be adjusted to be less “deep-cutting.”

The challenge we have with any state like India is new acquisitions on significant systems that would either put at risk our platforms or expose our technologies to an adversary. And so we said this very simple – Turkey was a perfect example.

Any penalties on New Delhi would be imposed under the Countering America’s Adversaries Through Sanctions Act – CAATSA for the short of breath – which was signed into law in 2017. Despite the bill’s name, Washington has largely brandished the act as a warning to allied nations mulling weapons deals with Russia – namely Turkey and India – but has occasionally used it against so-called “adversaries,” hitting China with secondary CAATSA sanctions in 2018.

India has insisted that it be left to make its own arms purchases independently, with the country’s external affairs minister stressing last November that New Delhi would “not be influenced by other countries on what we do in terms of our national security and defense.”

The S-400 is Russia’s most advanced long-range air defense system available for export, designed to intercept enemy aircraft and missiles. Washington argues the platform is ‘not compatible’ with NATO defense infrastructure and claims it poses a ‘threat’ to its 5th-gen F-35 stealth fighter jet.