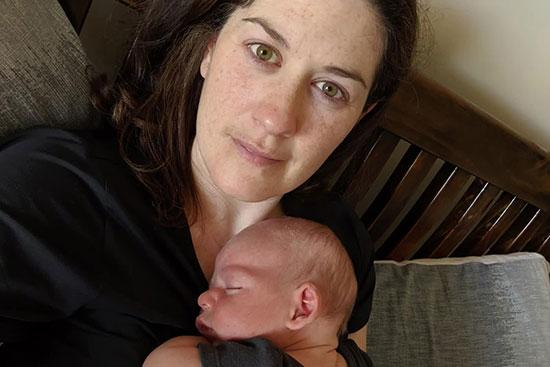 Jennifer Faerber and her three-month-old son, Harrison, are packing their bags to leave Canberra in search of clean air, having barely left their house since December 8.

“I’ve cried, apologising to my baby as I feed him for bringing him into this and for not being able to protect him from it,” Faerber says. “His little lungs have probably smoked a pack a day for a third of his life, even while we shelter inside.”

Although the comparison with cigarette smoke is inexact, on the first day of 2020 parts of Canberra saw an air quality index (AQI) reading of above 7500. Anything above 200 is considered dangerous to your health. The advice from ACT Health has been to stay inside with windows and doors closed and avoiding the use of air-conditioners that rely on outside air.

While Faerber has taken the ACT Health advice and stayed indoors during this time, inside her home isn’t much better. After buying an air purifier, she was shocked to see the readings in her son’s nursery surpassed an AQI of 450, almost 10 times higher than what is considered healthy.

Faerber is among many parents unsure how best to manage their children’s physical and mental health as bushfires burn across the country.

Elizabeth Elliott, consultant paediatrician at Sydney Children’s Hospital Network, says an AQI that high will affect the respiratory health of many adults and children, “undoubtedly” leading to respiratory issues in infants.

Mary-Anne Jack has seen firsthand what this looks like. The Canberra resident and her six-month-old daughter, Aislin, have spent their time mostly indoors since November. Recently, the air pollution began to affect both of their health significantly, which forced her to flee to Melbourne.

“We were coping and finding ways to entertain the baby at home. But then she had a check-up with the nurse and she noticed that my baby is getting extremely blocked sinuses and a wheezy cough, so my baby may be showing signs that she has asthma, too,” Jack says.

“That was the last straw for me. By the time we decided to head for Melbourne, I was so stressed I hadn’t slept properly in two days.”

At the moment, besides limiting exposure in polluted areas, installing air filters and wearing P2 masks, there is simply not enough research on what else we can do, says Professor Elliott.

“We’re all urging government and health departments to provide us with good, evidence-based advice.”

University of Sydney clinical paediatrician Dr Hasantha Gunasekera fears the significant health impacts of climate change will only become more serious, expressing concerns not only about the physical health of any individuals, but the mental health of parents and children.

“Children are very much in tune with the distress of their parents and caregivers, and everyone is deeply saddened by what is happening at the moment,” he says.

Nicola Palfrey, director of the ANU Australian Child and Adolescent Trauma, Loss and Grief Network, has developed a free “Community Trauma Toolkit” to assist parents in talking to their children about traumatic events such as the bushfires.

“Children need honest, simple and age-appropriate information about what happened, focusing on the effort that is being taken to help others,” says Palfrey. adding that “it’s good to let children lead the conversation and monitor how they respond”.

“People think after a few weeks or months that everyone recovers to the way they were. But, the recovery period can be much longer. For many children and adults the impacts of exposure to a traumatic event only begin to be evident in the months and years after it happened.”

Child psychologist Dr Michael Carr-Gregg says during a crisis like we are seeing now in Australia, intense emotions are completely normal and a part of the process of dealing with loss. Feelings of shock, sadness, anger, guilt and despair are common, and not to be ignored.

He advises parents not to tell children more than they ask: “Unless they ask, you don’t tell them what’s going on, it’s as simple as that. You just love them and make sure they feel safe.”

As for the wellness of children being kept inside, Carr-Gregg stresses the importance of playtime with a loving adult.

“The play component is crucial. Little people have a right to grow up feeling safe, valued and listened to.”