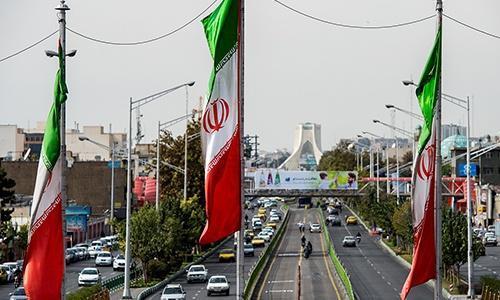 Iran launched several missiles at US military bases in Iraq early on Wednesday. The attack was Tehran’s retaliation rather than declaration of war on Washington. Iranian Foreign Minister Javad Zarif confirmed this on his Twitter account hours after the attack.

“Iran took and concluded proportionate measures in self-defense,” he wrote. “We do not seek escalation or war, but will defend ourselves against any aggression.”

Iran has been restrained even in retaliation, showing that it wants to keep the situation controllable and properly settle the tensions sparked by US assassination of Iranian major-general Qasem Soleimani.

Although Tehran has announced it will no longer be bound by any limit under the nuclear deal, it insists that all its steps taken to breach the agreement are reversible, as long as the US lifts sanctions.

The core appeal of Iran is to resolve the nuclear problem. US sanctions, which are closely linked to Iran’s interests, are the biggest concern of Tehran.

US President Donald Trump’s latest statement could be a start. In his address, Trump backed away from further military action against Iran.

“Iran appears to be standing down, which is a good thing for all parties concerned and a very good thing for the world,” Trump said, continuing, “The United States is ready to embrace peace with all who seek it.”

Although he said he would “ratchet up sanctions on Iran,” administration officials said later that they had no specific plan to do so, according to a New York Times report.

Trump has been facing pressures from within the US after he approved the drone strike. Some “53 percent of adults in the US disapprove of Trump’s handling of Iran, which is an increase of about nine percentage points from a similar poll that ran in the middle of December,” according to a Reuters/Ipsos poll released on Tuesday.

While the election campaign is becoming fiercer, Trump has given Democrats a gift by putting pressure on himself. All these elements would influence Trump’s future moves, which could be more cautious, and give the international community more room for conciliation.

Russian President Vladimir Putin paid a visit to Syria on Tuesday. This visit may send a clear message to the US – do not expand conflicts with Iran into Syria, which is an ally of Tehran – as Iran and the US have attacked each other on the land of a third party: Soleimani was killed in Baghdad, while the US airbases being struck are also in Iraq.

Putin is not likely to directly mediate between Tehran and Washington, but his trip amid heightened tensions could from the sidelines assure relative stability in the region.

Some Western media outlets have been skeptical about the possibility of China joining hands with Iran and Russia to clash with the US. They have had their arguments based on misunderstanding of China, which never seeks alliance or coalition with other countries.

In terms of the Middle East and Iran, China has something in common with Russia. The two countries have consulted on the issues, and China has already made efforts to save the Iranian nuclear deal.

Now that the agreement is being severely challenged again, China could actively do something more, such as to work jointly with countries with similar stances – Russia and European Union member states – to bring Iran and the US back under the framework of the nuclear deal.

It is not easy for Iran or the US to swallow pride and reach out first, despite a call for negotiations made by Trump. Such being the case, if a third party could break the ice and let both countries concentrate on solving the nuclear problem rather than on conflicts or retaliations, tensions in the Persian Gulf could be mitigated. And this is more in the interest of stakeholders of the Iranian nuclear deal.

The article was compiled by Global Times reporter Xu Hailin based on an interview with Li Weijian, a senior research fellow with the Center for West Asian and African Studies, Shanghai Institute for International Studies. [email protected]