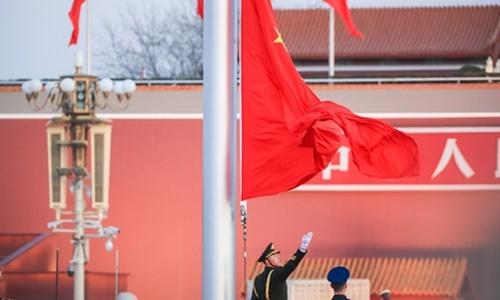 It is a burdensome and risky task to be the world’s second-largest economy. China has been undergoing increasing challenges in the past few years. Strategically, the 2020s would be an extremely hard decade for China.

The phase one trade deal between China and the US is scheduled to be signed soon. But observers believe China-US talks would be even more difficult in the future. Trade consultations won’t be able to relieve the long-term tensions caused by China-US economic competition, not to mention US intentions to contain China by every possible means.

In the short term, China must keep its stability, while in the long run, it must sustain development. Chinese society is deeply aware of this, but Chinese people could be distracted by realistic and urgent interests in different sectors. Therefore, we must constantly emphasize those things that are always vital to us.

In the 21st century, economic competition is the main international battlefield. A powerful economy and a large market can provide a country with an important strategic initiative and be a strong backup in many spheres.

China should spare no effort to raise people’s living standards and expand its domestic consumption market. If China has the largest domestic market in the world, other countries won’t be able to afford to engage in a trade war as well as a technology war with it, as China’s punitive trade measures would in turn be unbearable for them.

Therefore, to develop the economy as well as possible while expanding it must be the principal mission for China in the 2020s. It will decide China’s economic fundamentals in developing diplomatic relations and handling key games.

Properly handling China-US relations will be the biggest challenge for China in the 2020s.

China must keep its pace and not engage in a cold war or all-round confrontation with the US. We should firmly safeguard our core interests while simultaneously prevent China-US relations from breaking up. China has been engaging in trade consultations with the US while fighting a trade war, during which the two countries have reached a phase one deal. This should be an example for China of how to cope with its ties with the US.

As China is growing into a major power and facing unprecedented strategic pressure from the US, the country should carefully reexamine the importance of various national interests in international affairs. China should try its best to unite all forces and resolve disputes so as to increase international support.

Most countries that have disputes of interests with China are China’s neighboring countries, while ideological conflicts mainly come from the West. Many of these conflicts involve China’s major interests. But relatively speaking, the conflicts are not as critical as China’s development rights, which have been seriously threatened. China should have the ability to defend its interests while avoid making many enemies. Friendly cooperation should be the main theme of our relations with most countries.

In the 2020s, Chinese people should be sober and stick to economic development. We should face the reality and make more efforts to straighten out foreign relations.

China will definitely encounter many problems and challenges, but we do not need to panic. The problems may be even more difficult, but China’s ability to solve and endure problems is unprecedented and our ability to unite internal forces is the most outstanding worldwide. China has been moving forward. It is a bit tired, but China has been doing great.

The Third Wave of COVID-19 in the U.S. Is Officially Worse Than the First Two

Why is Netanyahu denying his peace deals have a price?