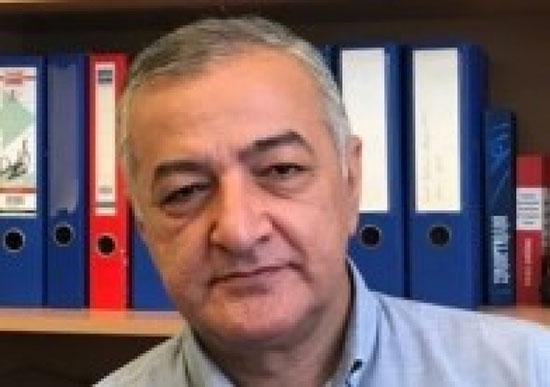 The assassination of the commander of the Goods corps, Grasim Soleimani in Bagdad became the reason for wide discussion in Azerbaijan. Experts, ordinary citizens in social networks and local media claim that the escalation of tension between the US and Iran will create new threats in the region, including in Azerbaijan. What can happen in the world and the region amid tensions between the US and Iran? Security expert Ilham Ismail answers ASTNA questions.

-No one doubts that the assassination by the United States of one of the most significant and high-ranking commanders of the Iranian army will cause increased tension between this country and Iran. What further can increase tension?

-For more than 40 years, tension has remained between these countries; from time to time, it has subsided and increased. In the Iranian leadership, the attitude towards the USA, as well as to its ally in the Middle East, Israel, it can be said, has not changed. However, the US presidents demonstrated either softness or hardness towards Iran. The current president, Trump, said from the first day that he will implement a tough policy against Iran, and the sanctions he applied against Iran can be said to have destroyed the economy of this country. Recent events in Iraq have shown that the United States is ready to cross the red line with regard to Iran and can apply measures that are more stringent. The scale of the rhetoric of Iran’s revenge will not be large, even if they are; Iran understands that further escalation could turn out to be even more disastrous for it. Each of both sides will conduct their confrontation in the territory of a third country – Iraq or Syria. Therefore, special tension is excluded, that is, the outbreak of war. The local confrontation will gradually subside.

-This event caused widespread discussion in social networks in Azerbaijan and brought to the surface a number of nuances. For example, it revealed a large number of pro-Iranian-minded people or their opponents from among the representatives of secular views, ISIS supporters, etc. What did you witness during these discussions? Could a multiplicity of pro-Iranian-minded or their opponents be a threat? What measures should the state take in connection with all this?

-It is no secret that in Azerbaijan there are many pro-Iranian-minded people. Iran is a country that, after gaining independence by Azerbaijan, began to carry out very serious propaganda work among our citizens, and the Iranian secret services used virtually all means to influence the majority of Azerbaijani citizens who visited Iran, turning them into their supporters. They were even able to win over to their side those citizens of Azerbaijan who were arrested in Iran on some far-fetched charges. Most of the young people, who, under the guise of receiving a theological education, were sent to the city of Gum, were subsequently involved in secret cooperation in favor of Iran. Under the guise of religion, our people were forced to work in the name of their interests. This is most pronounced in various regions. Iran, which cannot digest the independence of Azerbaijan, was able, through material interest, to force many citizens into anti-Azerbaijani activities. What have I most observed in the discussions you mentioned? Iran always knows how to use its supporters as a time bomb, instructing its supporters not to take premature steps. This time in the social networks, under their own or fake names, there was an outright swearing at Azerbaijan, Turkey, and the entire Turkic nation. General Soleimani was recognized as a martyr, and those who did not recognize it were called enemies. It feels like Iran has pressed a button.

Supporters have demonstrated aggression to one degree or another. Their opponents, instead of conducting explanatory work, were equally aggressive. What does it mean? This means that in society as a whole there is a lot of aggression, depressive moods, which can lead to the inevitable civil confrontation in the event of a serious extreme situation. Part of the population will change the constitutional system under the flag of religion, and another part will oppose them. This is a national security issue. Unfortunately, the state does not demonstrate its position. This silence inspires those who are inclined toward external forces, and the country’s moral values ​​are undermined. Until now, not a single scientist, not a single religious figure has appeared on television and said that the general is a martyr of the Iranian state, and not the Islamic world. The principles of Islamic martyrdom are different. This military man defends the interests of his country in the territory of another state, and he is at war. This war is not in the name of Islam, but in the name of protecting the interests of the Iranian state. What does the death of a military man from another foreign state during the war have to do with Azerbaijan? Because he is Muslim? Azerbaijan has always suffered from this harmful Muslim fanaticism. Because of a great ideological emptiness here, those who consider Azerbaijan a hopeless country will always look away on the other side of the border. If fundamental ideological work is not started, then this crisis will become even deeper.

– The South Caucasus is the geography of the clash of interests of large forces. The role of Azerbaijan in this geography is significant. We are adjacent to Iran and Russia. Naturally, the United States and Israel seek to protect their interests here, while expanding the zone of influence. South Azerbaijan and our many-million compatriots located there also make us significant. Azerbaijan should not openly demonstrate support for any of the parties to the conflict and will not do so. Otherwise, it can turn, as we said, into a target. Azerbaijan must adhere to the principle of good neighborliness and peaceful coexistence; it should not make any changes to the policy regarding the USA and Israel. There are also issues that are resolved very confidentially, without creating any suspicion. This principle must also be respected.

– The killing of Soleimani along with many countries affects the interests of Russia in the Middle East. Can these contradictions reach the level of world war?

-The confrontation in the world is ascending. However, Russia, due to the death of Soleimani, will not confront the Middle East with Israel and the United States. This is contrary to the interests of Russia. The confrontation between the US and Iran will not reach the level of world war. Tehran’s tough measures will ultimately harm Iran itself. Russia and China are taking, albeit weak, diplomatic measures to mitigate the processes.

-This step is nothing more than a response to the recognition by the United States of the Islamic Revolutionary Guards Corps last April as a terrorist organization. Therefore, it will not do any harm to the image of the Pentagon. In the confrontation between the United States and Iran, superpowers such as Russia and China are trying to protect visually their neutrality. Because large states do not stand behind Iran, all decisions of Iran are important only for itself.

-The Iranian population, which is in a difficult situation due to US sanctions, has matured discontent over the government. However, after such a step, we observe that the population of Iran shows unity with its government and expresses aggression against the United States and the West. Can it then be argued that sanctions will have the opposite effect?

-Iran is an ideological state. Usually in these types of states, people, even being dissatisfied with domestic politics, are able to consolidate against external interference. However, this is passing. The Iranian economy will continue to survive the crisis, which means it will be confirmed that the wrong policy is at the head of internal problems. In such a situation, there is a high probability of mass rebellion. In the current situation, this is not observed.