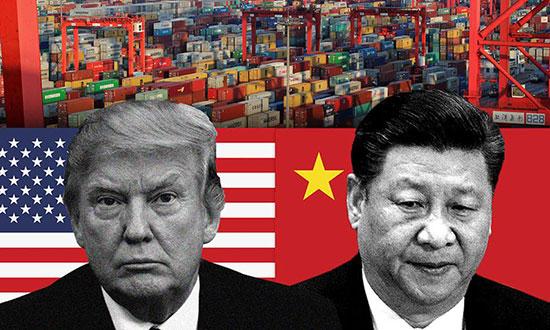 Trade of the Day: Stocks and futures rally; yen and gold ease as safe havens are shunned; oil steady

Quote of the Day: “The negative-yield environment could remain for a number of years,” said Andrew Wilson, EMEA CEO and Global Head of Fixed Income, at Goldman Sachs Asset Management. “Institutional investors are adapting to the new reality by considering pushing out their duration, moving down the credit spectrum, giving up liquidity or taking on leverage, in order to generate positive returns. We anticipate a recession to be unlikely, but the negative rate environment is pushing up investors’ demand for those asset classes that can offer steady, fixed-income-like returns, but may be out of traditional comfort zones or require more homework and risk management. These include private credit, high-yield debt, emerging market debt, infrastructure and real estate.”

Stock of the day: Sunny Optical Technology rose as much as 6.9% after a surge in its shipment volumes in December.

Number of the Day: $89 billion: Tesla Inc’s stock market value after it eclipsed the combined values of General Motors Co and Ford Motor Co. GM and Ford each delivered more than 2 million vehicles in the United States last year, compared with Tesla’s worldwide deliveries of 367,500 vehicles.

Tip of the Day:  “Despite the lack of headlines, China may be starting to gradually loosen its monetary policy. It lowered its marginal lending rate by 5bps to 3.25% in early November, and this is now linked to the rate at which the People’s Bank of China lends to banks – the reference rate for the economy. This will be nowhere near as aggressive as previous easing cycles in 2009 and 2016 but could signal a shift towards looser policy as renminbi strength makes outflows less likely.” – Nick Wall, Fund Manager at Merian Global Investors.

Asian markets rallied on Thursday as investors loaded up on risk after the Middle East tensions cooled and following benign inflation data from China. US President Donald Trump sounded less belligerent in his speech following Iran’s retaliation on US bases in the Middle East. “The fact that we have this great military and equipment,” he said, “does not mean we have to use it.  We do not want to use it.  American strength, both military and economic, is the best deterrent.”

The MSCI Asia ex-Japan index was up 1.7% and Japan’s Nikkei 225 was 2.3% higher while the Australia’s S&P/ASX 200 rose 0.83%. Hong Kong’s benchmark the Hang Seng index rose 1.7% with technology, healthcare and consumer sectors boosting the benchmark.

Oil prices steadied after the overnight plunge which followed signs the United States and Iran were toning down their aggressive posturing.

Agarwal added that the United States “needs the threat of Iran to ensure that the Gulf nations subscribe to its security umbrella and sustain its arms industry.  By provoking Iran, it reinforces the threat as Iran retaliates. Now Iran and its allies like Syria, Lebanon and Jordan will buy arms from Russia to counter. Russia is happy counting rubles.  Note the conspicuous silence of Russia. China faces a double whammy.  Higher oil prices hurt, but if it gets into the conflict, USA will raise tariffs and its loses a $500 billion American market. Can’t afford that. So China is quiet too.”

China’s consumer price index rose 4.5% in December, slower than the 4.7% forecast by economists ahead of the data release by the National Bureau of Statistics on Thursday. The producer price index declined 0.5% from a year earlier versus a 1.4% drop in November. The market had expected a drop of 3%.

“Looking forward, it is possible for January CPI to “breach 5” as a result of the Lunar New Year (LNY) effect. Meanwhile, with a potential “de- escalation” of China-US trade friction, PPI may rebound and the upside for CPI may ease,” said CICC economists in a note after the data release.

Morgan Stanley economists said the recent increase of $10/barrel in the price of oil and the Lunar New Year effect could push up inflation further but since these were supply side drivers, the central bank would continue fiscal easing and keep monetary policy accommodative.

“In turn, PBoC will see through the sparkle-and-fade and maintain sufficient liquidity to facilitate government bond issuance,” Morgan Stanley said in a report.

More good news flowed from China as Beijing confirmed Vice-Premier Liu He is off to Washington next week to sign the phase one trade deal hammered out by China and the United States in November.  The limited accord will pave the way for phase two talks and comes after a depressing year for China’s economy.