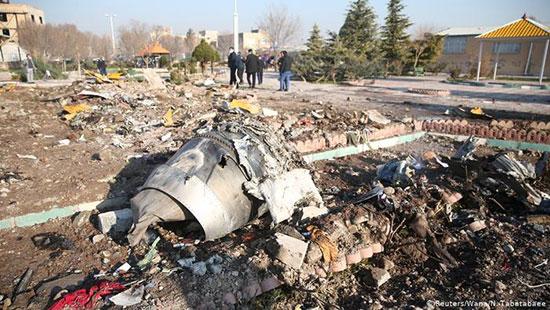 www.dw.com-The Ukrainian passenger jet had crashed shortly after taking off from an airport in Tehran, killing all 176 people on board. Iran said the plane was mistaken for a “hostile target” amid heightened tensions with the US.

Iran state TV on Saturday cited a military statement as saying that the country “unintentionally” fired a missile at a Ukrainian jetliner because of “human error.”

The Ukraine International Airlines plane had flown close to a sensitive military site when it was brought down, Iranian state TV reported.

The aircraft, en route to the Ukrainian capital of Kyiv, was carrying 167 passengers and nine crew members from several countries, including 82 Iranians, 57 Canadians and 11 Ukrainians, according to officials.

‘Mistaken for a hostile target’

According to the Iranian military’s statement, the plane was mistaken for a “hostile target” after it turned toward a “sensitive military center” of the Revolutionary Guard. Iran’s military forces were at their “highest level of readiness,” after the US killed the Iranian General Qassem Soleimani in an airstrike in Baghdad.

“In such a condition, because of human error and in an unintentional way, the flight was hit,” the statement said, apologizing for the disaster and saying that the country would upgrade its systems to prevent such “mistakes” in the future.

The military statement said those responsible would be held accountable.

In a tweet, Iranian President Hassan Rouhani shared his condolences.

Iranian Foreign Minister Mohammad Javad Zarif also expressed his sorrow over shooting down the jet, but also blamed the US for the disaster.

“A sad day. Preliminary conclusions of internal investigation by Armed Forces: Human error at time of crisis caused by US adventurism led to disaster,” Zarif tweeted on Saturday. “Our profound regrets, apologies and condolences to our people, to the families of all victims, and to other affected nations.”

Iranian authorities had denied shooting down the aircraft for several days.

Western governments said the passenger jet was shot down by an Iranian missile as Tehran forces were targeting US facilities in Iraq. The US, the UK and Canada said there was evidence that Iran shot down the plane, possibly by mistake.

On Friday, Ukrainian President Volodymyr Zelenskiy told reporters that the US was willing to help his country investigate.

Zelenskiy had said that the version of “a missile hitting the plane was not ruled out,” calling on governments to share data to help uncover answers about the Boeing 737 crash.

“Given the recent statements by the leaders of the states in the media, we call on all international partners — notably the governments of the United States, Canada and the United Kingdom — to submit data and evidence concerning the disaster to the commission which investigates the causes,” Zelenskiy said.

German Foreign Minister Heiko Maas had echoed Zelenskiy’s calls for cooperation and urged “the greatest possible transparency” in the investigations.