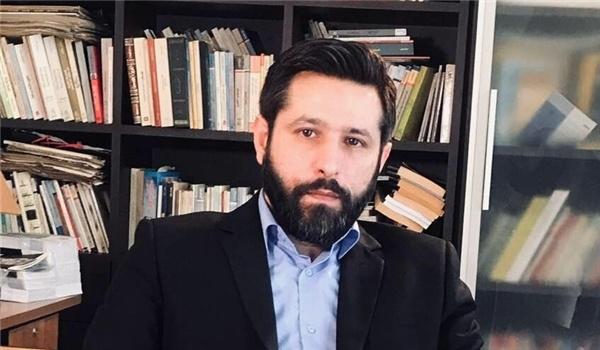 In an exclusive interview with FNA, Ali Mourad said the US’s terror plan was also for its domestic policy, adding, “Trump chose this timing to conduct this crime to save himself and Benjamin Netanyahu from what they are going to face in their trials. Bill Clinton launched a military assault on Iraq in 1998 as his impeachment inquiry was being discussed.”

Ali Mourad is a freelance researcher with the focus on Persian Gulf Affairs, and a contributing writer at Al-Akhbar newspaper in Lebanon.

Below is the full text of the interview:

Q: Why did the US assassinate General Soleimani?

A: Trump chose this timing to conduct this crime to save himself and Benjamin Netanyahu from what they are going to face in their trials. Bill Clinton launched a military assault on Iraq in 1998 as his impeachment inquiry was being discussed in the US House of Representatives. Trump believes that removing General Soleimani from the picture would make Israel safer. I personally do not think the US political elite (whether Democrats or Republicans) is sad for assassinating Soleimani. Democrats are attacking Trump due to their political battle with him; not because they admire or feel sorry for the assassination of the resistance General.

Q: The White House could have targeted another resistance figure; why General Soleimani was chosen?

A: General Soleimani has been attacking the US strategy since the 90’s. He supported the Lebanese and Palestinian resistances. He was responsible for boosting the strength of the resisting forces in the region. Martyr Soleimani struck the ISIS project and defeated it both in Syria and Iraq. For all those reasons Soleimani was on the US-Israeli assassination list. Trump thinks by eliminating him he would both do Israel a favor and reduce the threat on US interests in the Persian Gulf region, which will soon prove wrong.

Q: Do you believe General Soleimani’s assassination will end the resistance against imperialism in the Middle East region?

A: It is true that General Soleimani was a field commander busy following the fronts; but that does not mean that he was not preparing the strategic grounds for the battle of expelling the US from the West Asia. Throughout the modern history of the Axis of Resistance, the US-Israeli policy of assassinating leaders proved to be a failing and backfiring one. It was once experienced in Lebanon with Sayid Abbass Moussawi, and later with the leaders of the Palestinian resistance in Palestine. The power of the member elements of this Axis always grew bigger. General Soleimani always has and always will inspire the youth and committed soldiers throughout the Islamic world.