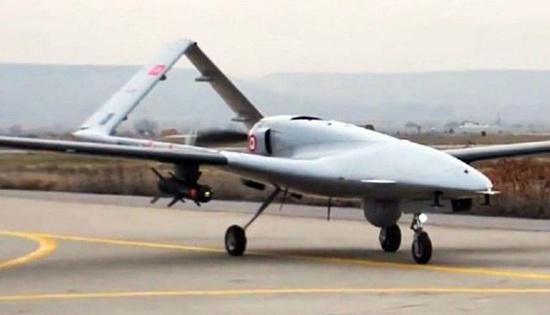 A Turkish drone strike targeting the entry checkpoint to the northern Syrian town of Ain Issa on Thursday afternoon injured two civilians and one member of the local security forces, the Kurdistan24 news website reported.

“Turkish drones continue to bomb civilian settlements in vicinity of Ain Issa, putting lives of civilians in danger. The main checkpoint at the entrance of the town was hit this morning,” read a statement on the Twitter account of the US-backed, Kurdish-led Syrian Democratic Forces (SDF) after the attack.

On Wednesday the Turkish army also attacked villages in the countryside surrounding Ain Issa with both missiles and mortars as well as shelling villages near Tal Tamir.

Ankara launched an offensive in northern Syria on Oct. 9, leading to the mass displacement and death of civilians.

Despite this, Turkey continues its drone strikes and shelling of SDF positions.