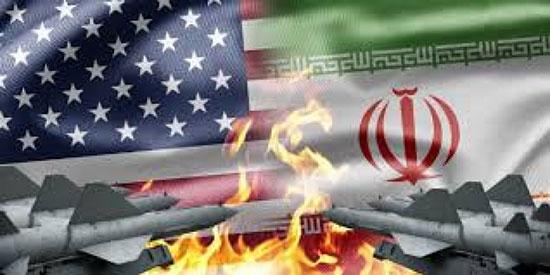 http://www.turan.az-Now that the U.S. and Iran appear to be seeking de-escalation following General Soleimani’s killing and Tehran’s retaliatory rocket barrage against two bases in Iraq, intelligence analysts and cyber security experts in Washington worry that Iran’s next move might be more sinister: a devastating cyber-attack on the U.S. infrastructure or its allies in the region.

The White House on Friday imposed more sanctions on Iran targeting eight senior officials who Secretary of State Mike Pompeo said “are responsible for both the government’s violence abroad and crackdown on protesters at home.” Washington vows to tighten the economic screws if Tehran continued “terrorist acts or pursued a nuclear bomb.”

Speaking to reporters at the Washington Foreign Press Center, Deputy Assistant Secretary of State for Cyber and International Communications and Information Policy Robert Strayer said on Friday that senior officials, including at the Department of Homeland Security “have encouraged our private sector and individuals to be vigilant about the potential threats that would emanate potentially from Iran in recent days.” In the meantime, he refused to characterise the nature of Iranian  cyber activity.

Stark warnings over possible Iranian action through cyber attacks from the U.S. Department of Homeland Security early this week prompted questions about how concerned US allies should be about any Iranian threat.

Asked whether Tehran poses any danger in its immediate neighborhood, including towards Azerbaijan’s energy infrastructure or other industrial control systems, Strayer told TURAN’s Washington correspondent that the U.S. remained concerned enough that in “informed both general public, and shared [concerns over threats that could emanate from Iran] with international partners.”

“We, of course, saw the attacks that occurred on Saudi Arabia in 2016 and into early 2017, including against Saudi Aramco, which were deletions of data that wiped out many computers at once that can be debilitating to critical infrastructure.. We’ve also seen Iran active on media platforms seeking to influence the U.S. population,” he reminded.

During the press conference, Strayer was also asked about increasing concerns over some countries’ using internet blackouts or restrictions as a way to suppress their people’s rights.

“We’re very concerned about any time that the internet is used or being manipulated in ways that restrict individuals’ ability to speak or that interfere with their freedom of expression and their individual liberties.” he said in response to TURAN’s question, adding that when Iran recently caused the internet to be taken down for the availability of the public, the U.S. sanctioned it communications minister “to show that we think that is the wrong type of thing to be doing.”

“There is no legitimate reason for disabling the internet when it’s an effort to interfere with people’s ability to communicate,” he added. “… So, around the world we see that all the time. When we see that countries are seeking to use internet blackouts or restrictions as a way to suppress people’s rights, we speak out against that.”

In 2019, the U.S. was able to commit to $50 million of technical assistance both in the form of cyber security capacity building, cyber security training, as well as regulatory and other training assistance for regulators in countries around the world.