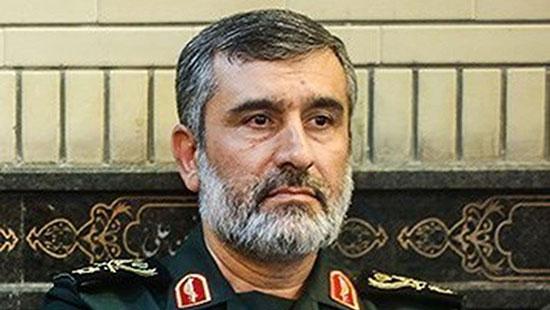 Opinion: The anger of the Iranian public over Tehran’s attempt to avoid taking responsibility for the incident that claimed the lives of 176 people, is yet another link in a chain of events that might lead to Islamic Republic’s collapse

It is hard to estimate the impact that the downing of the Ukrainian airliner, and especially the lackluster conduct of the Iranian authorities as a result of the incident, had on the Iranian public.

The emotions sparked by the killing of Gen. Qassem Soleimani last week, were quickly replaced by public anger and outrage directed at the government in Tehran after the Revolutionary Guard Corps’ admitted they were behind the accidental downing of the civilian plane.

Gen. Amir Ali Hajizadeh, commander of the IRGC Aerospace Force, even stood up in front of cameras and said he wishes he had died instead of those who went up in flames.

For his sincerity and his readiness to take the blame for the 176 dead passengers, Hajizadeh was granted some public gratitude.

The public’s anger is mostly directed towards the authorities – who tried for three days to hide the truth and whitewash the incident – and towards the state media that cooperated with the officials.

Over the last few years, the trust between the public and the Islamic Republic’s rulers as well as its state media, has significantly eroded.

Another sign of public’s mistrust in Iran’s politicians are public calls for “Conservatives, Reformists” to get out of office, which over the past two years have been getting louder and louder.

One opinion piece published on an Iranian news site even went as far as to say that while the Ukrainian airline suffered a hit of just one missile, the public’s trust in the authorities suffered a hit of a thousand.

Sadegh Zibakalam, an Iranian academic who served to 18 months in prison for criticizing the regime, compared the Islamic Republic’s conduct in the aftermath of the tragic incident to that of the U.S. after the American navy accidentally shot down Iran Air Flight 655 over the Persian Gulf in July 1988, which resulted in 290 deaths.

Iranian state media attempted on Saturday to diminish Iranian Supreme leader Ali Khamenei and President Hassan Rouhani’s part in the incident, reporting that both leaders received reports about the downing only 48 hours after it happened.

The Iranian public, however, cannot figure out which is worse: the possibility that the supreme leader and president were not given crucial information on such a sensitive subject by the Revolutionary Guard officials, or the possibility that all three knew about the incident and colluded to initiate a cover-up.

Protesters took to the streets of Tehran on Saturday evening to express their dissatisfaction with the government, with some using a hashtag “Iranian Chernobyl” on social media to describe the horrific incident.

And maybe, just like the nuclear accident in Ukraine over 30 years ago foretold the collapse of the Soviet Union – which conspired to hide the extent of the disaster – the downing of the Ukrainian plane will be yet another step leading to the collapse of the Islamic Republic.