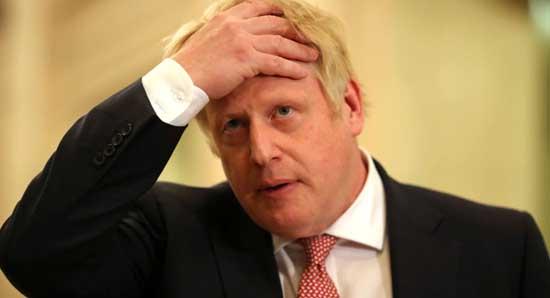 Prime Minister Boris Johnson distance himself from the confrontation between the United States with Iran. With Washington branding the assassinated Iranian general Suleimani a terrorist, Johnson expressed a similar attitude but called for de-escalation.

UK Prime Minister Boris Johnson has called for the cooling of tensions over Iran and spoke in favour of a replacement for the collapsed nuclear deal.

Speaking to the BBC on Tuesday, he said that Britain doesn’t invisage any further escalation of tensions over Iran.

“I don’t want a military conflict between us, the United States and Iran, let’s dial this thing down,” he added.

The assassination of Qassem Soleimani on 3 January brought the US and Iran to the brink of an armed conflict; the hostilities reached their pinnacle last week with Iran firing rockets at two Iraqi bases that host American soldiers. Observers in both Britain and the US have suggested that Iran intentionally missed populated areas and gave Iraq, the US ally, advance warning of the strike to frame it as an act of retaliation and show its willingness to avoid further action.

Britain has largely remained on the sidelines of the conflict; Boris Johnson said he woudn’t “lament” the death of Soleimani and described him as “a threat to all our interests”, while calling for de-escalation from all sides.

On 11 January, UK envoy to Iran Rob Macaire was briefly detained for his alleged role in an unauthorised demonstration in Tehran. Macaire said he hadn’t taken part in the rally but merely attended a vigil for the victims of the Ukrainian jet crash in Tehran. After Boris Johnson called the detention an “unacceptable breach” of international laws, the UK summoned Iran’s ambassador on Monday over the incident.