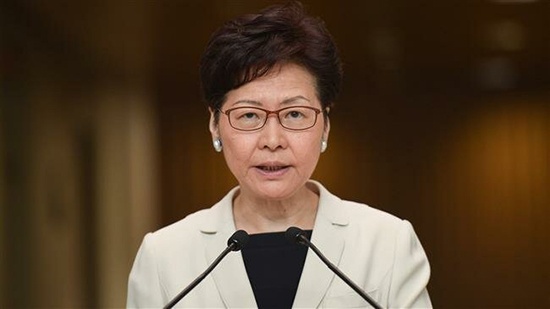 HONG KONG (Reuters) – Hong Kong leader Carrie Lam on Tuesday pledged HK$10 billion ($1.3 billion) in relief measures to prop up the economy as it grapples with months of anti-government protests that have hurt business confidence in the global financial hub.

Hong Kong sank into recession for the first time in a decade in the third quarter as the sometimes violent protests forced businesses to shut and scared away travelers.

The proposed new spending brings the Chinese-ruled city’s total stimulus to HK$35 billion ($4.5 billion) since this summer, when protests escalated.

The measures target the elderly, unemployed and low-income residents, with plans to provide cash handouts among other benefits.

The government said it also aims to increase statutory holidays from 12 to 17 days, subject to discussions with the business sector.

The protests flared in June over a now-withdrawn extradition bill that would have allowed criminal suspects in Hong Kong to be sent to mainland China for trial in courts controlled by the Communist Party.

The demonstrations, which have escalated into calls for greater democracy, have also been powered by a broad perception that Beijing is meddling in the former British colony’s affairs, despite a guarantee of wide-ranging autonomy when it returned top Chinese rule in 1997, and by complaints of police brutality.

Beijing denies interfering. Police say they have exercised restraint in the face of escalating violence.

On Monday, Lam joined other government officials at a regional financial forum in praising Hong Kong’s resilience as a financial hub, saying its “strengths and resilience, just like our financial systems, have not been undermined despite (the fact) that we experienced considerable social unrest and challenges”.