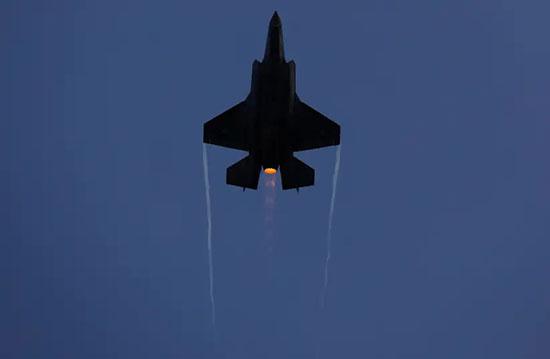 Militias along the Iraq-Syria border have been on high alert since the strike that killed IRGC Quds Force commander Qasem Soleimani two weeks ago.

By TZVI JOFFRE   –  The Jerusalem Post
Dozens of militants and Syrian regime forces have defected and Iranian militias are on high alert after a series of airstrikes targeted their positions in areas near Al-Bukamal in the Deir Ezzor area of eastern Syria in recent days.
The reported airstrikes come as tensions remain high in the region in the aftermath of the US assassination of former Iranian Revolutionary Guards Corps (IRGC) Quds Force commander Qasem Soleimani and a subsequent missile attack by the IRGC on US bases in Iraq.
Airstrikes last Thursday targeted warehouses storing weapons belonging to Iranian militias in a village near Al-Bukamal, according to the STEP news agency. According to the Syrian Observatory for Human Rights (SOHR), drones flew over the area to monitor the movements of pro-Iranian militias in the region.
At least 8 people of non-Syrian nationalities were killed and a large number were wounded in attacks by unidentified aircraft on pro-Iranian militias along the Syrian-Iraqi border near Al-Bukamal on Thursday night, according to the SOHR.
On Friday, ammunition depots and vehicles belonging to Iranian militias in Al-Bukamal were targeted by airstrikes.
On Saturday, unknown aircraft destroyed the headquarters of Iranian militias in the villages of Majawda and al-Abbas in the area that were holding weapons and ammunition.
On Monday morning, Iranian militias in orchards near Al-Bukamal were hit by two airstrikes while attempting to transport arms from the Syrian-Iraqi border. Reconnaissance aircraft that may have belonged to the international coalition flew over areas controlled by Syrian regime forces west of the Deir Ezzor area, according to local news source Deir Ezzor 24.
Strong explosions were heard in areas controlled by Iranian militias near Al-Bukamal last week, according to Deir Ezzor 24, which reported that they were caused by either an airstrike or rockets. The SOHR reported an attack by ISIS in the area around the same time to which Syrian regime forces responded. It is unclear if the exchange of fire is connected to the explosions reported by Deir Ezzor 24.
The observatory reported last week that Iran-backed militias had reportedly evacuated their headquarters in Albukamal and spread throughout orchards on the banks of the Euphrates River. The IRGC is reportedly seizing civilian houses in the Deir Ezzor area in eastern Syria.
The land crossing between Iraq and Syria at Al-Bukamal that reopened in November was closed again last week, according to Deir Ezzor 24. The SOHR reported that Russian President Vladimir Putin told Syrian President Bashar al-Assad that the US intended to close the Tehran-Beirut road that passes through Al-Bukamal.
Over 20 Syrian fighters defected from an Iranian-backed militia in the area of Al-Mayadin due to fears of attacks by ISIS and the United States, according to the SOHR. Dozens of members of the Syrian regime forces and a pro-regime militia in Deir Ezzor defected and moved to areas controlled by the Syrian Democratic Forces, a largely Kurdish force, after repeated airstrikes carried out by the coalition and unidentified aircraft on positions in Al-Bukamal.
Militias along the Iraq-Syria border have been on high alert since the strike that killed Soleimani two weeks ago. An airstrike reportedly struck an Iranian-militia base near the border within Syrian territory last week, according to Arab media.
On Wednesday, heavy weapons and armored vehicles were transferred from several headquarters of pro-Iranian militias and the Lebanese Hezbollah terrorist movement in Al-Bukamal to other areas outside the city as part of preparations amid fears of possible strikes by the US in the area.
Multiple people were injured and killed in the airstrike targeting a base belonging to the Shi’ite Popular Mobilization Forces (PMF) along the Iraqi-Syrian border, according to Al Arabiya.
Three military vehicles were destroyed in an airstrike on Iranian-backed militias in Deir Ezzor along the border with Iraq, according to Deir Ezzor 24. The news site earlier reported a possible strike in Al-Bukamal, which is home to a major Iranian base.
Last week, a new Iranian-backed militia called the “al-Sayyida Zeinab Regiment,” arrived in Al-Bukamal along the Iraq-Syria border.
Multiple airstrikes have targeted Iranian forces and militias in eastern Syria in the past few months. A strategic border crossing between Iraq and Syria and the Iranian-controlled Imam Ali military base is located in the border town of Al-Bukamal.

Rossella Tercatin contributed to this report.