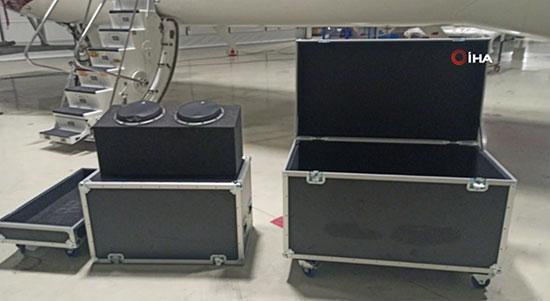 A recent tweet made by Yamaha Music Japan Co advising people of the dangers of putting someone inside an instrument case has gone viral, given that it was widely seen as an allusion to how former Nissan Motor Co Chairman Carlos Ghosn fled Japan late last year.

The tweet posted Saturday on Yamaha Wind Stream, the company’s account for information on wind instruments, mentioned that tweets about getting into a large instrument case had been making the rounds “for reasons that shall not be touched on.”

It then advised people not to try it for themselves as “it’s too late once an unfortunate accident happens.”

The post, which has been retweeted over 50,000 times as of Monday afternoon, was flooded with comments such as “(you’ll) suffocate so it’s better not to go inside (a case)” and “(I) have no plans to flee overseas on a private jet so it’s okay.”

The Japanese company followed up with another tweet on Sunday, thanking people for the wide response as it had “simply tweeted something that was quite obvious,” and once again called for the correct use of instrument cases.

Ghosn, who was awaiting trial on financial misconduct charges before his escape to Lebanon, was thought to have hidden inside a large case generally used to carry concert equipment when he fled Japan on a private jet from Kansai International Airport on Dec 29.

The details of Ghosn’s escape remain sketchy, but various media outlets have reported that the 65-year-old, assisted by private security operatives, hid inside a case that was too large to fit through airport scanners before it was loaded onto the plane.

In a pool interview with Japanese media organizations in Beirut last Friday, Ghosn again declined to comment on how he escaped, only saying, “I never said my departure from Japan is legal” and that it was planned by himself without his lawyers or family members knowing.