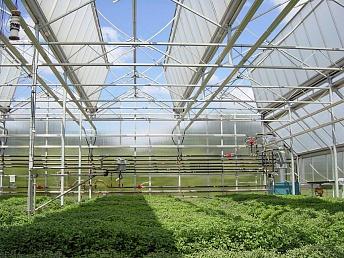 YEREVAN, January 15. /ARKA/. Armenia’s agricultural output in the 9 months of 2019 decreased by 4% year-on-year, Economy Minister Tigran Khachatryan told reporters on Tuesday. He said there were no signs that the drop would recover and the agricultural GDP for the full year would be less than in 2018.

According to the minister, there should be a more accurate mechanism to gauge the sector and increase its productivity by using modern technologies.

He said the government has already initiated a number of programs to stimulate growth, but taking into account the specifics of the agricultural sector, quick results should not be expected. For example, intensive garden development program’s results will be available in 4-7 years only.

He also recalled a pilot insurance program for the agricultural sector that was launched in six regions, covering vineyards and fruit orchards against late frosts, hailstorms and fires. He said the government finances 50% of farmers’ insurance payments, and if they are insured against two insurance events at once, the assistance size for the third will increase to 60%.

He noted that farmers have already submitted 100 insurance applications and their number is expected to grow before the end of February.