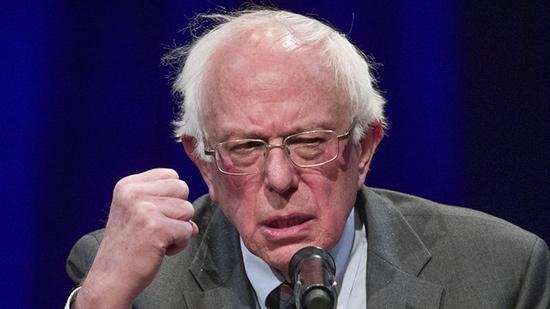 “Right now [..] we have a president who is lying again and could drag us into a war that is even worse than the war in Iraq.”

WASHINGTON – Six Democratic hopefuls debated for nearly half an hour about rising tensions between Iran and the US and ways to make sure the Iranians don’t acquire nuclear weapons at the party’s seventh primary debate.

The debate was held at Des Moines, Iowa, ahead of the state’s upcoming caucus on February 3rd.
“Ensuring that Iran does not develop nuclear weapons will, of course, be a priority because it’s such an important part of keeping America safe,” said Pete Buttigieg, former Mayor of South Bend, Indiana. “But unfortunately, President Trump has made it much harder for the next president to achieve that goal by gutting the Iran nuclear deal. One that, by the way, the Trump administration itself admitted was working – certified that it was preventing progress toward a nuclear Iran,” he continued. “By gutting that they have made the region more dangerous and set off the chain of events that we’re now dealing with as it escalates even closer to the brink of outright war.”
Minnesota Senator Amy Klobuchar said she would start negotiations again about the nuclear agreement. “Because of the actions of Donald Trump, we are in a situation where Iran is starting to enrich uranium again in violation of the original agreement,” she said.  “What I would do is negotiate. I would bring people together just as President Obama did years ago. And I think that we can get this done. But you have to have a president that sees this as a number one goal. I would not allow Iran to have a nuclear weapon.”
“I think there are changes you can make to the agreement, better sunsets, and changes to the inspections,” she added.
Vermont Senator Bernie Sanders said that “The two great foreign policy disasters of our lifetimes are the war in Vietnam and the war in Iraq. Both of those Wars were based on lies, and right now [..] we have a president who is lying again and could drag us into a war that is even worse than the war in Iraq.”
“What we need to do is have an international coalition,” he added. “We cannot keep acting unilaterally. The nuclear deal with Iran was worked on with a number of our allies. We have got to undo what Trump did, bring that coalition together, and make sure that Iran never gets a nuclear weapon.”
Sanders added that the American people “are sick and tired of endless wars, which have cost us trillions of dollars.”
“Our job is to rebuild the United nations, rebuild the state department, make sure that we have the capability of bringing the world together to resolve international conflict diplomatically and stop the endless Wars,” he said.
Former Vice President Joe Biden defended the Obama administration’s nuclear agreement. “I was part of that deal […] it was working,” he said. “It was being held tightly. There was no movement on the part of the Iranian government to get closer to a nuclear weapon. And look what’s happened […] We’re now isolated,” he continued.
“We’re in a situation where our allies in Europe are making a comparison between the United States and Iran saying both ought to stand down, making a moral equivalence. We have lost our standing in the region; we have lost the support of our allies,” he said.
“The next president has to be able to pull those folks back together, reestablish our alliances and insist that Iran go back into the agreement, which I believe with the pressure applied as we put on before we can get done. And quite frankly, I think he’s flat out lied about saying the reason he went after [Soleimani] was because our embassies were about to be bombed,” Biden added.
Senator Elizabeth Warren said she thinks the US should get its combat troops out of the Middle East. “We have to stop this mindset that we can do everything with combat troops,” she said. “Our military is the finest military on earth, and they will take any sacrifice we ask them to take, but we should stop asking our military to solve problems that cannot be solved militarily.”
“Our keeping combat troops there is not helping,” she continued. “We need to work with our allies. We need to use our economic tools. We need to use our diplomatic tools […] No one has a solution and an endpoint. We need to get our combat troops out. They are not helping create more safeties in the United States or the region.”