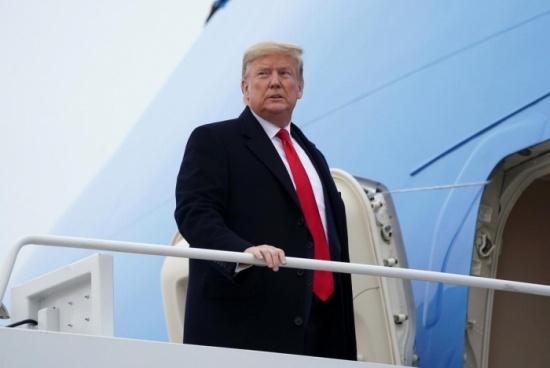 U.S. President Donald J. Trump is set to participate in the 50th-anniversary meeting of political and business leaders being held at Davos from Jan 21-24, the World Economic Forum (WEF) said on Tuesday, Reuters reports.

Trump attended the annual event in the Swiss resort in January 2018, a year into his administration, taking his “America First” message to the world’s elite. The first U.S. president to attend in two decades, he did not participate last year, and the return trip comes amid moves for him to face impeachment charges in the Senate.

U.S. Secretary of the Treasury Steven Mnuchin, U.S. Trade Representative Robert Lighthizer as well as Ivanka Trump and her husband Jared Kushner are on the U.S. delegation, a WEF list of participants distributed at its annual preview news conference showed. Iran’s Foreign Minister Mohammad Javad Zarif, who had been expected, is no longer on the list of nearly 3,000 people attending the event being held under the theme: “Stakeholders for a Sustainable and Cohesive World”.