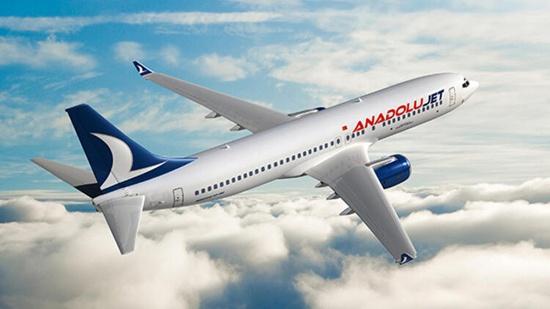 The carrier will fly from Istanbul’s Sabiha Gökçen airport to destinations in 16 countries including the cities of London, Frankfurt, Paris, Rome, Barcelona and Brussels from March 29, the company said. It had flown two international routes previously.

Other cities on the airline’s roster will include regional destinations such as Tehran, Tel Aviv, Abu Dhabi and Baghdad.

AnadoluJet will competing with airlines including privately-owned local carrier Pegasus on international routes out of Sabiha Gökçen, a fast-expanding former military airport on the Asian side of Turkey’s biggest city. Turkish Airlines, which is state-owned, is based at the larger Istanbul Airport, moving there early last year from Atatürk Airport, which is now closed to passenger traffic.

The expansion means the fleet operated by AnadoluJet will increase to 57 aircraft, the company said.

Sabiha Gökçen will expand further in 2020 with the opening of a second runway and a metro connection, Ersel Göral, chief executive of operator ISG, said in November.