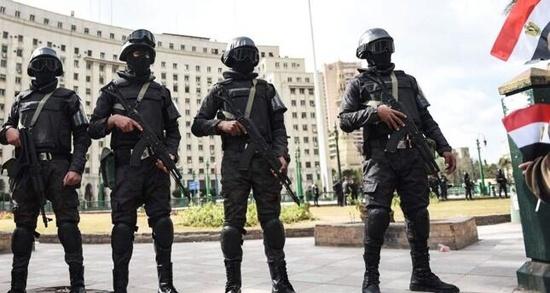 Turkey’s state-run Anadolu Agency said on Jan. 15 that Egyptian security forces raided their Cairo office and took four journalists into custody, including a Turkish national, to an unknown destination.

Anadolu Agency on Jan. 15 reported that four of their journalists have been held after Egyptian police raided the Cairo office, shutting down the surveillance camera and cutting access to the internet.

Security forces on Jan. 14 raided the office at 18:00 (Turkish time) and carried out a search until the early hours of the morning. The date the raid took place remains unclear.

Egyptian police also confiscated the journalists’ passports, mobile phones, and computers, curbing their connection with the outside world.

The police also refused to provide any information to the lawyer of Anadolu Agency.

The security forces also did not give information to the embassy’s lawyers.

The Turkish Foreign Ministry has strongly condemned the detention of the Anadolu Agency reporters by the Egyptian police and demanded their immediate release, in a written statement on January 15.

“This act of violence against AA [Anadolu Agency] once again highlighted not only the negative approach of the Egyptian government to press freedom, but also its grave situation on democracy and transparency,” the statement read.

“Western countries, which seem sensitive about the freedom of press and expression, have a role in this reckless attitude, by overlooking the condemnation of the violations in this country,” it added.

In the meantime, the ministry has summoned the Chargé d’Affairs of the Egyptian Embassy in Ankara for the protest of the raid against the agency bureau.

“The hostile attempt of Egyptian coup d’état towards the employees of Anadolu Agency is an indication of how insolent they are,” Altun added.

He also stressed the attitude of the Egyptian security forces towards the press was “unacceptable.”